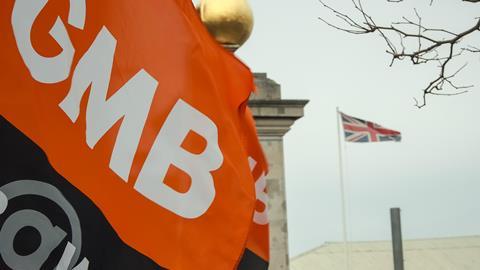 Part of the union: GMB sets up branch for judges

A trade union which counts Karl Marx's daughter among its founders is setting up a specific branch for dozens of members who are judges, the Gazette has learned. This would be the first such union branch in the country.

GMB, which began as the Gas Workers and General Labourers Union in 1889, will be inviting judicial members - which include magistrates, recorders and circuit judges – to attend an annual meeting next month where the branch will be formally set up. The branch will have a president, secretary, and youth and equality officers.

GMB senior organiser Stuart Fegan told the Gazette that a group of judges approached the union last year to find out how it can support and protect them amid concerns about their treatment.

Fegan said: ‘I’ve been a trade union official for 25 years. I had this notion that judges were people who were peers, revered and treated like kings and queens. Some of the cases of treatment of judges I have come across are unbelievable. I would never have thought that.’

GMB traditionally negotiates hours, pay and holiday for members, Fegan said. The driving force for judges is focused more on treatment and experiences at work. He said there has been discussion around the state of court buildings, personal safety when judges are in court, treatment by employers and judicial selection processes.

GMB, which is an affiliate of the Labour party, has more than 500,000 members. Many contribute towards a political levy but Fegan stressed that it was important to judges that they not become involved in political activities. ‘We made sure they opted out of the political levy so there was no suggestion they were involving themselves in anything that is party political.’

Fegan stressed that the union does not want to go to war with the judiciary. ‘We want to persuade them we are not here to be problematic. We’re here to help. Professionalise the processes that should be in place in terms of how judges are treated, selected and promoted, all these processes that you would expect in a workplace in 2022.’

The findings of the last Judicial Attitudes Survey revealed that a majority of district judges and circuit judges said their working conditions had worsened in the previous two years. Over two-thirds of district judges in the civil jurisdiction were worried about personal safety in court.

Last year the Judicial Appointments Commission commissioned a review of ‘statutory consultation’ in judicial appointments in response to accusations that the commission had failed to do away with so-called ‘secret soundings’, whereby judges were selected on the basis of whether they found favour with colleagues. Publishing the review’s findings last month, the commission announced that the controversial selection tool would be dropped in certain circumstances.

A spokesperson for the judiciary said: 'It is fundamental to the ethos of all judges to treat everyone equally and with respect. This is reinforced in the Guide to Judicial Conduct, by the training judges receive, the Diversity and Inclusion Strategy, and in the support that is available to them. Any case of bullying, discrimination or harassment would be matter of serious concern and must be investigated.'