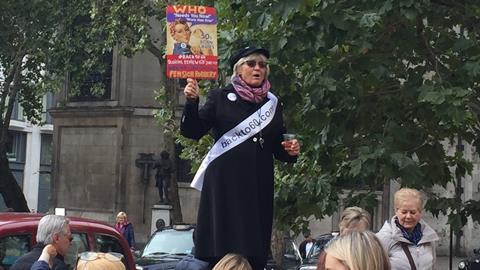 Women were not discriminated against when the pension age was raised from 60 to 66, the High Court ruled today, dismissing the claim on all grounds.

Two claimants took the Department for Work and Pensions to court over the staggered increase in women’s pension age, arguing that it discriminated on grounds of age and/or sex. The claimants, Julie Delve and Karen Glynn, also said that the government failed to inform them of the changes.

In a summary of the judgment, Lord Justice Irwin and Mrs Justice Whipple said the court was ‘saddened’ by the stories in the claimants’ evidence but that ‘the court’s role was limited’. It said that ‘there was no basis for concluding that the policy choices reflected in the legislation were not open to government’.

The judges ruled there was no discrimination based on age, dismissing two arguments put forward. The claimants first said the changes offended the EU law principle of non-discrimination. However the court rejected this, holding that the legislation under challenge was not within the scope of EU law. 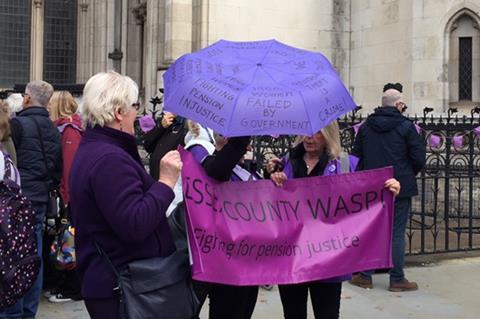 Campaign supporters outside the RCJ

The court also rejected the argument that the legislation breached the European Convention of Human Rights, on the basis that case law establishes that a state can introduce a new legislative scheme which effects changes from a given date based on age.

On sex discrimination, the court again ruled that the increase in pension age did not breach EU law. It said: ‘There was no direct discrimination on grounds of sex, because this legislation does not treat women less favourably than men in law, rather it equalises a historic asymmetry between men and women and thereby corrects historic direct discrimination against men.’

The judgment, handed down this morning in the Royal Courts of Justice, prompted gasps from the public gallery. After the judgment was delivered, supporters of the Backto60 campaign and Women Against State Pension Inequality chanted ‘shame on you’ on the court’s steps.

The full judgment can be read here.