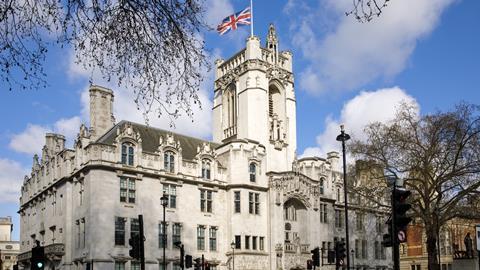 The Supreme Court has handed a major victory to claimant personal injury firms with a ruling that has been hailed as saving them from massive costs liabilities.

In Adelekun v Ho judges unanimously agreed with the appellant claimant that the defendant could not set off costs against costs under the qualified one-way costs shifting (QOCS) scheme.

Giving lead judgment, Lord Briggs and Lady Arden said this conclusion may lead to results that ‘at first blush look counterintuitive and unfair’, as a defendant with a substantial costs order in their favour might have to pay out costs to a claimant.

‘No one has claimed that the QOCS scheme is perfect,’ they said. ‘It is, however, the best solution so far that the opposing sides in the ongoing debate between claimant solicitors and defendant insurers have been able to devise.

‘It works to achieve the aims for which it was introduced in the great majority of straightforward cases in which one side or the other is entirely successful.’

Adelekun had been injured in an RTA in 2012 and some years later Ho had offered to pay Adelekun’s legal costs up to that point, leading to a settlement agreement.

The dispute was over the extent of the pre-settlement costs owed by Ho: the Court of Appeal upheld the defendant’s contention that she was liable only for £16,600 and made a costs order that Adelekun should pay Ho’s legal costs of about £48,600 for the hearings dealing with that dispute.

The issue before the Supreme Court was whether Ho could avoid paying the pre-settlement costs because it was cancelled out by the costs that Adelekun owed her under the Court of Appeal costs order.

The effect of today’s ruling is that Ho must pay Adelekun the full pre-settlement costs of £16,700 but cannot enforce the Court of Appeal costs order at all.

The appellant, joined in its submissions by the Association of Personal Injury Lawyers as intervener, argued that the set-off decision would deprive claimant solicitors of the means of payment for work done on credit in parts of the case where their client had been successful and recovered costs. This would undermine the basis of QOCS and ‘strike at the heart’ of what the scheme was seeking to achieve.

The defendant urged the court not to give a green light to the pursuit by claimants of weak interim applications and unmeritorious points, arguing as well that upholding the appeal would remove any real incentive to settle before trial.

London firm Bolt Burdon Kemp, Adelekun’s representatives, said today that the judgment brings certainty to PI claimants, defendant insurers and solicitors on both sides. The firm said the ruling would protect others in the same position from ‘potential financial ruin’.

Sam Hayman, partner and head of costs at Bolt Burdon Kemp, said: ‘Thankfully, the Supreme Court Justices unanimously agreed with the claimant’s case that permitting a set-off of costs versus costs was opening a back door to QOCS protection and exposing personal injury claimants to potentially ruinous liabilities.’

He added that the judgment put right the outcome of Howe v MIB, which he described as a ‘significant watering down’ of one of the core protections of the Jackson civil justice reforms. The Court of Appeal had said in its ruling that it was bound by Howe.