Police and CPS criticised for cautious approach to rape cases

The police and Crown Prosecution must stop blaming each other for low conviction rates in rape cases and focus on building strong cases, inspectors said today.

A joint inspectorate report on cases where the police or CPS have decided not to take further action found that they were more cautious in their approach to investigating and prosecuting rape cases than they were towards other offences.

Inspectors said the mindset of some police investigators and prosecutors could be illustrated by two words repeatedly used by frontline staff: ‘really difficult’.

‘The large number of reviews, reports and action plans that are in progress to address the serious problem of attrition levels between reported rapes and convictions both reflects and adds to this perception, which was described to us by one victim representative as resulting in ‘defeatism’ in the attitude of police and prosecutors towards these cases.’

Inspectors acknowledged that rape cases are often complex but found that police and CPS were too cautious in their approach for various reasons, including heightened political and media attention.

‘There should be scrutiny and openness to help ensure the response to rape is effective, and to bring about improvements in a system where the attrition rates are so high. But we believe this pressure is contributing to some investigators and prosecutors focusing on fully exploring all the weaknesses in a case, rather than on building strong cases,’ the report says. 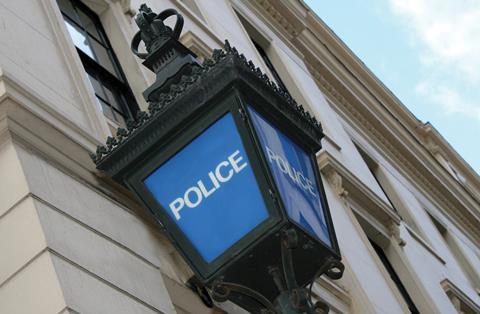 While inspectors saw examples of good joint working between the police and CPS, there was also ‘deep division’ between the organisations, ‘which at present are seen by many as blaming each other for the low conviction rates’.

Case file assessments showed that the average number of days between reporting a rape and the CPS decision to take no further action was 456 days. Inspectors said this was ‘unacceptable’.

Recommendations include police and CPS working together at a local level ‘to introduce appropriate ways to build a cohesive and seamless approach’. This includes face-to-face meetings, either virtually or in person, before deciding to take no further action.

Sue Hemming, CPS director of legal services, said: 'We agree closer collaboration and communication with police from the outset of a rape complaint is essential to driving up the number of strong prosecutions and that a blame culture serves no one. Today’s agreement builds on our continued efforts to achieve better justice for victims.'

An inspectorate report considering cases from charge to disposal will be published this winter.