Devon and Cornwall Police Service says the decision to stop running virtual remand hearings was not made lightly as its police and crime commissioner urged the government to get virtual courts staffed quickly to prevent further delays to the justice system.

A spokesperson for the force said: ‘Devon and Cornwall Police has been fully committed to supporting our partners by operating virtual remand courts and is incredibly proud that we were one of the first areas to do so. However, the considerable impacts on the force has been clear from the outset.

‘As well as the risks and demands associated with increased detention times, operating virtual remand courts requires a level of HR and financial commitment that is not sustainable.

‘The decision to withdraw our support was not made lightly and is in no way reflective of the considerable effort of those involved.’ 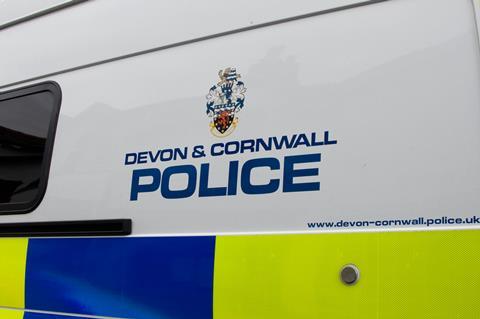 Last month lord chancellor Robert Buckland told MPs he would include in primary legislation a provision to allow court-appointed contractors to staff virtual courts within custody suites to relieve the burden on serving police officers. The legislation will be introduced ‘as early as possible next year,’ Buckland said.

Alison Hernandez, police and crime commissioner for Devon, Cornwall and the Isles of Scilly, said she was worried that without court staff operating the virtual courts, victims of crime will face unacceptable further delays in getting justice.

The commissioner said: ‘A small number of highly-trained police custody officers, who should be on the front line of policing, are having their valuable time completely consumed by the virtual remand courts, leaving them exhausted due to the amount of work involved.

‘We have given this scheme more time and resources than most, being one of the first to sign up and among the last to pull out, a decision I asked to be made. But unless there is a commitment to getting these courts manned in the very near future, we are going to see less policing resources on the frontline supporting our communities at a time of heightened need.’

She added: ‘Imagine a young victim of sexual abuse who has summoned up the courage and bravery to speak to police about their terrible ordeal. These cases can regularly take years to get to court in non-Covid times and the nature of such investigations puts great strain on victims.

‘Any added delays could make the difference between them proceeding with the case or dropping it due to the time and huge emotional drain involved. That would be totally unacceptable.’