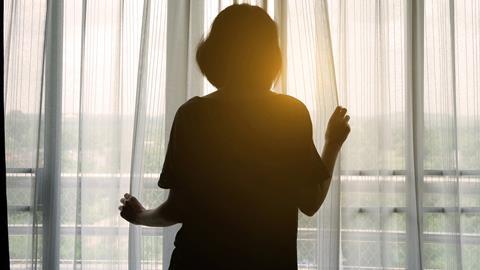 A rape complainant was unable to obtain legal aid for a family law case because the accused had not been arrested and put on bail, a report on police use of protective measures in cases involving violence against women and girls has revealed.

The investigation by HM Inspectorate of Constabulary and Fire & Rescue Services, College of Policing and Independent Office of Police Conduct was prompted by a super-complaint submitted by the Centre for Women’s Justice.

The group raised concerns that the police were failing to use protective measures such as pre-charge bail, which enables police officers to continue investigations without suspects being detained.

Bail reforms introduced in 2017 introduced a presumption against using pre-charge bail and a 28-day time limit. However, this led to more people being released under investigation, which has no time limit or conditions.

Today's report said the super-complaint had been helpful in setting out women’s experiences. In one example highlighted, the super-complaint described how a woman was advised by several family solicitors that she would not be able to obtain legal aid for a family law case because the suspect had not been arrested and put on bail.

The Home Office told the inspection that measures under the Police, Crime, Sentencing and Courts Bill will end the presumption against pre-charge bail. Today’s report states future inspections will be considered to review the impact of the changes. The creation of a bespoke offence of breaching pre-charge bail is also recommended.

The report also reveals a lack of police awareness on the struggles faced by domestic abuse complainants to obtain non-molestation orders.

A Women's Aid support worker said in the super-complaint: ‘It seems that police officers have little understanding of what is required to obtain an NMO. This is quite a demanding process for a woman to go through. Firstly, she may have to apply for legal aid which means providing bank statements, mortgage details and other financial documents. Some women obtain legal aid but then have to pay a contribution, which can be quite large depending on their income. Those who cannot obtain legal aid either have to prepare the court application themselves or pay a solicitor. Many women represent themselves without solicitors.

‘A detailed written statement must be prepared along with a court application form and these must be lodged with the court urgently. In many cases where an order is granted ex parte at the first hearing the perpetrator may challenge the order and the woman has to attend a second hearing where she must confront him in court. In some cases, such as those involving repeat e-mails and text messages it is unlikely that an order will be granted ex parte and she will have to face the perpetrator at a hearing.’

The investigation did not find evidence that police were advising complainants to obtain non-molestation orders in cases where it would be inappropriate to do so. However, chief constables are advised to ensure officers are aware of all protective measures and referral pathways to third-party support organisations.