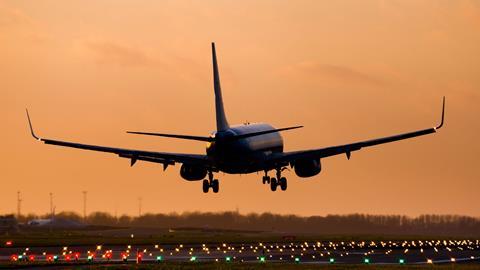 A circuit judge has set out guidance on how the proportionality rule should be applied in flight delay claims to ensure the process is ‘clear and transparent’.

The ruling in Senior v Blue Air should see an end to district judges slashing down flight firms’ costs on the basis of proportionality without giving any explanation. It will apply to tens of thousands of low-value flight delay claims, which are eligible for recoverable costs as they are brought under the European Small Claims procedure (ESCP).

In Liverpool County Court on 11 September, Judge Graham Wood QC ruled in an appeal against a costs decision made by District Judge Baldwin last December. The claimant firm had sought costs of £1,401 including court fees, but the district judge assessed ‘necessarily incurred and proportionate costs’ at £205. As is common among judges specialising in airline work, he gave no further explanation.

Judge Wood upheld the claimant’s appeal against DJ Baldwin’s decision on the basis that, following the Court of Appeal’s landmark proportionality ruling in West v Stockport NHS Foundation Trust [2019] EWCA 1220 in July,  this ‘short form of decision’ must now be considered ‘unacceptable’.

He said: ‘When proportionality is engaged as an issue, the judge carrying out the assessment must be able to show that he has followed the approach advocated by Sir Terence Etherton MR [in West].’

Judge Wood added that in Senior, the substantial costs reduction ‘ought to be scrutable by a reviewing court’. He added that a proportionality reduction may occasionally not need any reasoning, for example where there had only been a ‘modest reduction’.

Judge Wood went on to provide guidance on how low-value flight claims under the ESCP should be dealt with post-West. He said any costs schedule provided ‘should be considered first of all on a line by line basis’, before the judge considers whether the total figure is disproportionate, ‘having regard to the factors set out in CPR 44.3 (5) and CPR 44.4 (1).’ If so, the judge should revisit the various stages of the litigation to see if a proportionality reduction can be made, excluding ‘unavoidable’ elements such as court fees.

Judge Wood said the resulting figure would be the ‘final amount of costs to be allowed’, and the way it was arrived at would be ‘clear and transparent’. He said there should be ‘no further stepping back, or the making of any further deduction for proportionality, because that, as the court in the West case indicated, would amount to double counting.’

The judge acknowledged that the exercise might impose an ‘onerous burden’ on district judges undertaking flight claims, and ‘precisely how’ it was done would depend on the ‘a number of factors’. He added: ‘How any judge deals with his/her decision on the recoverable costs in a successful ESCP claim is down to individual preference, provided that it can be clearly established that an exercise has been undertaken, and that the reasoning is scrutable.’

The judge remitted the costs back down to DJ Balwin for re-assessment. He allowed the claimant firm £6,557 for the costs of the appeal itself, acknowledging that ‘this was an important appeal which dealt with a point of principle and in respect of which guidance has been provided’.

Andrew Hogan, costs barrister at Ropewalk Chambers in Nottingham who acted for the successful claimants, told the Gazette: ‘This is the first decision by a circuit judge on the application of proportionality to costs in low value claims since the Court of Appeal judgment in West/Demoulpied, and gives guidance on how that principle is to be applied.

‘There are tens of thousands of such claims, and the case illustrates how, by using the European Small Claims procedure instead of the domestic small claims court, a solicitor is able to recover costs - in a profitable alternative to low-value personal injury litigation after 2020.’