Public satisfied with lawyers - but consumer panel still not happy

Satisfaction levels among consumers of legal services continues to be high, but those who are unhappy are more likely than ever to do nothing about it.

Surveys commissioned by the Legal Services Consumer Panel today revealed four in five people were satisfied with their service from lawyers, with 83% happy with the outcome of the advice they received. Satisfaction levels were exactly the same when YouGov conducted the same research a year ago.

Around three in every five consumers also felt the overall service and advice was good value – again a repeat of last year’s finding. More consumers than ever reported receiving a clear explanation of their legal matter, while trust in lawyers has increased by three percentage points, with 45% saying lawyers can be trusted.

Those who used a will writing service (95%) or power of attorney services (91%) were most likely to be satisfied with their service.

But where consumers were dissatisfied, they are more likely not to take action, with 49% of dissatisfied respondents saying they did nothing about it, compared with 35% last year.

The consumer panel believes its findings actually show the legal services market is still struggling to move towards greater choice for users. The panel says people using legal services rely ‘too heavily’ on reputation to decide their provider and just 27% shop around. Comparison websites were used by only 2% of consumers.

Dr Jane Martin, chair of the panel, said: ‘The good news is that levels of satisfaction are high for many elements of service delivery. But our concern remains that a satisfactory service may only be available to those who can successfully navigate the sector. Questions should also be asked about readiness to complain when things go wrong.

‘The market appears to be at a standstill in important areas which are crucial for consumers’ decision making and competition.’ 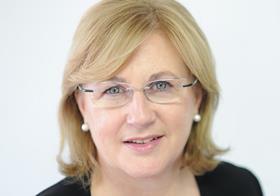 The Legal Ombudsman, commenting on the survey results, also chose to focus on issues for those with a problem. ‘It is disappointing to see that people seem to have more confidence in complaining about poor service in supermarkets, banks and mobile phone companies than legal services,’ said chief legal ombudsman Kathryn Stone.

Consistent with 2016, two-thirds of consumers report that they paid for their legal service themselves or with the help of family or friends. That proportion was 56% when the same question was asked in 2012. Around 5% of people were funded through legal aid, with London consumers the most likely to turn to public funding and clients from Wales the least likely.

More than a quarter of consumers now receive their legal service through email or the internet, compared with 20% in 2012.

Consumers seem to continue to be unenthused by lawyers unbundling services into separate tasks. Since the survey asked about unbundling in 2014, the proportion (19%) who agreed to unbundling has remained the same, while 62% had their legal service provider do all the work.