Members of the public continue to be plagued by cold calls from claims management companies – three years after legislation that was supposed to clamp down on the sector.

Research by YouGov found that 55% of UK adults had received a cold call or text about making a personal injury compensation claim. Each of these people had received, on average, nine calls or texts in the previous year, while 17% of those surveyed had received at least 12 messages encouraging them to make a claim.

The research was commissioned by the Association of Personal Injury Lawyers to mark the third anniversary of the Financial Guidance and Claims Act, which transferred regulation of claims management companies to the Financial Conduct Authority. The legislation also introduced a ban on pensions-related cold calling but ministers at the time baulked at imposing a similar ban on PI texts or calls. The government said at the time that the tough new regulatory regime would reduce the potential for nuisance calls by CMCs, removing the need for a ban. 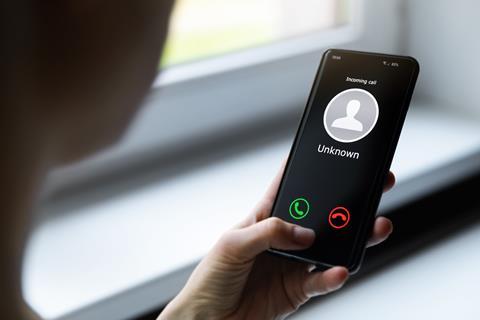 Mike Benner, chief executive of APIL, said injury calls and texts continue to be the biggest cause of complaints to the Information Commissioner’s Office and the act had done little to change CMCs' behaviour or the public perception of personal injury claims.

Benner said: ‘Nine out of 10 people feel annoyed, angry, anxious, disgusted, or upset when they receive a call or text about making a claim for compensation for an injury. It is no surprise with such strong emotional responses, that the people of this country want this practice to end.’

‘It generates the false perception that obtaining compensation is easy, even when there is no injury. It brings an often very serious issue – needless injury and the need for redress - into disrepute.’

Benner added that an opportunity had been missed to impose a proper ban on calls and texts, but this could still be put right by the present government.

The survey of 2,068 adults, taken in June this year, found 93% of adults supported a total ban on cold calls and texts.