The chief inspector of the Crown Prosecution Service has told women's groups that rape conviction targets are 'not a very helpful measure' for assessing whether the agency is doing a good job.

Kevin McGinty heads the CPS Inspectorate (HMCPSI), which will tomorrow publish a review of prosecutors’ approach to rape cases. The review was ordered amid concerns about falling numbers of rape prosecutions and convictions at a time when the number of allegations is rising. 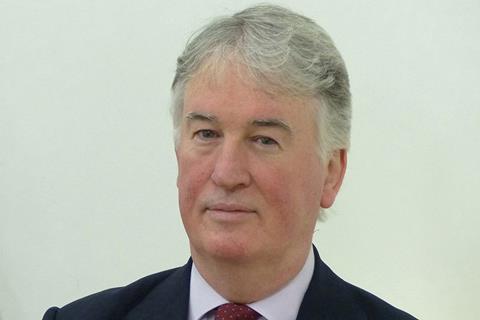 McGinty made the statement in a letter to women’s groups who challenged HMCPSI’s conduct of the review, including its involvement in the enforcement of targets. He said that conviction rates were 'not a good measure of effective engagement and added value by the CPS as some cases will result in conviction regardless of any input by the CPS'. He did not explain why the inspectorate had criticised individual CPS areas for failing to meet the targets during a two-year programme of inspection.

In November the Gazette revealed that, until 2018, the CPS had operated a target for 60% of rape charges to end in conviction. Described as a 'level of ambition', the target was introduced in 2015/16, along with even higher conviction rate goals for hate crime and domestic violence. All three targets were dropped two years later. The CPS told the Gazette they were 'not appropriate' and could act as a 'perverse incentive' to drop cases.

The Gazette submitted a Freedom of Information Act request for minutes mentioning the level of ambition in a bid to discover the thinking behind its introduction and abandonment. The CPS said it did not hold the information requested.

While the targets were in operation, HMCPSI took prosecutors to task for failing to meet them. In an inspection report it told CPS Mersey Cheshire its rape conviction rate represented 'the greatest risk to the area' despite a significant increase in numbers of rape convictions in the same period. Conversely, the inspectorate praised CPS areas that improved their conviction rates even when the increased rates were accompanied by large declines in conviction volumes.

HMCPSI has defended its use of the levels of ambition to assess CPS areas on grounds that it did not set these targets and 'can only assess the CPS on targets set by the CPS'. A spokesperson for the inspectorate also said that HMCPSI’s rape review would not include any reference to the rape level of ambition.

After the End Violence Against Women Coalition (EVAW) questioned HMCPSI’s enforcement of the rape target, McGinty replied in a letter that: 'Conviction rate is not, in my view, a very helpful measure when looking at whether the CPS is doing a good job or not.' Inspectors had not seen 'any indication that individual decisions to prosecute or not were being influenced by a target conviction rate,' he added.

Rebecca Hitchen, campaigns manager at the coalition, said: 'We have serious concerns as to how the HMCPSI can be an effective inspectorate body. How can they be trusted to review the CPS when they relied on the CPS’ own internal performance measures with full knowledge that these were not fit for purpose, and in actual fact have contributed to plummeting rape prosecution rates? The HMCPSI way of operating, and the absence of their proper scrutiny gives free rein to the CPS, the result of which we have seen in the catastrophic drop in rape survivors seeing any form of justice.'

EVAW has been critical of the inspectorate’s failure to involve third-party experts in the review, which the coalition says is necessary because all HMCPSI inspectors are former or seconded CPS staff. McGinty said inspectors with recent experience were vital to the inspectorate’s understanding of how rape cases are managed. Seconded staff had worked on HMCPSI’s damning report on CPS disclosure, he added.

EVAW supported a call from Dame Vera Baird, the victims' commissioner, for one or more academics to take part in the review, 'as a protection against the risk of shared cultural assumptions deriving from the common background of the reviewers and the reviewed'. However the HMCPSI chief said that 'whatever the merit to that approach' he had no power to grant academics access to CPS files.