The Welsh government needs to ‘spell out’ what taking control of justice in Cardiff will mean for lawyers in Wales worried about the future of their practices. A separate jurisdiction must be ‘sold’ to practitioners through an ’engagement programme’ setting out how the government intends to ensure lawyers - and legal work - continue to flow freely across the border with England.

These are among the recommendations of a ‘rapid review’ of the legal sector in Wales, commissioned by the Welsh government and produced by legal management consultancy Jomati. The Welsh legal profession’s view on a separate jurisdiction is ’highly nuanced’, the review notes, ’but also underpinned by a common concern – essentially: is this going to help, or hinder, my business?’.

Law firm leaders, meanwhile, are indifferent and in some cases ’ideologically hostile’ to direct financial help from government, especially where this is perceived to distort the market. Nine Wales firms - including Geldards, Lewis Silkin and NewLaw -  have so far shared a total of £1.8m in grants to create or preserve jobs.

’Our research suggests that legal practice leaders either don’t know, or don’t care, about direct financial support offered by the Welsh Government,’ the report adds. ’Given this mindset, we doubt that, in future, it is worth pursuing a strategy of overt financial support to the Welsh legal profession.’ 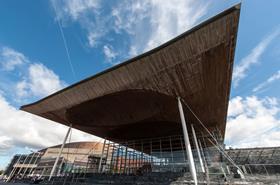 Overall, the report describes a ’mixed picture’. Some segments of the Welsh legal market appear exposed, for reasons including legal aid cuts, the closure of magistrates’ courts, and the sector’s high dependence on the cyclical conveyancing market.

The report adds: ’The relatively small size of many Welsh law firms, the aging demographics of the solicitor population, the lack of training contract opportunities and the absence of a notable LegalTech sector all add to the risks facing the Welsh legal market.

’On the other hand,’ it adds, ’a range of unconventional legal practices in Wales - such as Admiral Law, CJCH Solicitors and NewLaw – appear to tell a more positive story.’

Online legal services could help irrigate the country’s ‘legal advice deserts’, the report adds, but in Wales such services appear ’practically non-existent’. It suggests that the Welsh government could encourage England-based providers to deliver such services with a Welsh-law-only element.

The ‘rapid review’ was commissioned in part to inform the work of the Commission on Justice in Wales, which will publish its own report later this month. Commenting, the head of the Law Society’s Wales office, Jonathan Davies said: ’Legal services are an important contributor to the Welsh economy and the government’s research provides some interesting insights into the Welsh legal sector. We look forward to working with the Commission on Justice to continue to strengthen Wales’ vibrant legal sector and drive better and more focused collaboration between the different parts of the legal community.’