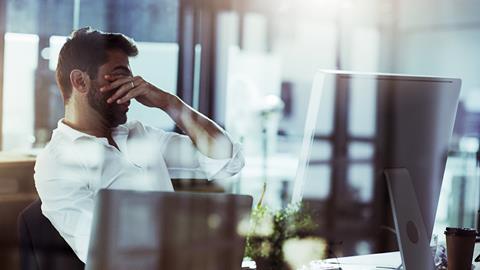 Senior legal figures have highlighted the toll that dispute resolution work can take on mental health as they tackled the common perception that litigators are ‘incredibly tough’ and ‘hard nosed’.

Chairing a session on mental health at London International Disputes Week, Simmons & Simmons partner Ed Crosse said the reality was that the job was incredibly tough but not reflected in the way lawyers are perceived. Reflecting on his own career, he recalled what he described as ‘symptoms of the stress of the job’ – including sleepless nights and anxiety.

Maryann McMahon, head of litigation (EMEA) at Morgan Stanley, said the main challenge she continued to grapple with is not being a conduit for stress. By the time a matter reaches her, ‘often there is a lot of stress in the system already. Sometimes I say to my team it’s like being at the end of a long road of dominoes. One of the key things is to try to remain standing, but we are absorbing a lot of stress.’

Former Law Society president Simon Davis said many lawyers are deeply empathetic, highly sensitive to criticism, self-critical and fear failure. ‘You become very adept at taking clients’ troubles and bringing them back to yourself. I may have said something to a client along the lines of “You can sleep easy, leave the sleepless nights to me".'

Being at the ‘sharp end’ in court, barristers often feel responsible for the result, Fountain Court Chambers' Stuart Ritchie QC said. He recalled a case, involving a receivership application over his client’s business, where he initially struggled to prepare. The case was of ‘exceptional importance’ to his client but Ritchie was ‘getting too tied up’ with the potential consequences.

Anya George, a partner at Schellenberg Witmer, highlighted the challenges of working without a ‘common rule book’ in arbitration. ‘Deadlines are often set at midnight but midnight where? You might have counsel in Dubai, Singapore.’

Court of Appeal judge Lady Justice Carr said: ‘The buck stops with the judge… You can feel the shift of responsibility from the bar to the bench. Trying to get it right is a huge challenge. I hate that there has to be a loser.’

On practical steps that the profession can take to reduce the pressure, McMahon told audience members to reach out and ask for help. 'Create an environment where your juniors feel they can do so,' she added.

George said it was important that people recognise their priorities and check that they are sticking to them to avoid reaching the stage where they are struggling.