‘Byzantine’ Solicitors Act fails to give clarity to clients of law firms on precisely how and when they can query what they are charged.

Lawyers griping about archaic costs rules is one thing, but when the complaints come from a judge it is time to take notice.

Senior Costs Judge Andrew Gordon-Saker has suggested opening this Pandora’s box by querying how and when clients are able to challenge costs bills.

Speaking at a Civil Justice Council conference, Gordon-Saker said the ‘Byzantine system’ created by part III of the Solicitors Act could be simplified to give clarity about whether a client is entitled to challenge their bill.

The suggestion was partly prompted by the recent spate of costs challenges where a handful of firms have represented former personal injury claimants who objected to their former lawyers recovering the maximum permitted success fee from their damages.

The judge told delegates: ‘A surprising number of solicitors seem to think the success fee payable by clients is fixed at 25% and there is no need to make any assessment of the risks or the business costs that were incurred.’

Francis Kendall, vice-chairman of the Association of Costs Lawyers, agreed that the legislation could be simpler and less opaque, as recent case law on interim statute bills and final bills illustrates, but highlights the importance of its abiding principles.

‘The beauty is that it provides finality – clients cannot call up five years later to demand a review of the fee they paid. The risk of changing something this established is that it could cause years of uncertainty,’ Kendall told the Gazette.

He said the costs judge had been right to identify the growth in client challenges in recent months – but while the Solicitors Act had enabled them, it was not the cause. 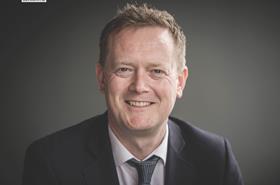 Kendall: the risk is that change could cause uncertainty

Kendall added: ‘The recent cases have been low-value personal injury claims where solicitors appear to have applied a 100% success fee, capped at 25% of damages, without undertaking an individual risk assessment. This has become market practice post-LASPO and that is where the attention should be.’

Kerry Underwood, a Hertfordshire-based solicitor who spoke at the CJC conference, suggested several ways to simplify the legislation.

These could include creating one set of rules to apply to all solicitor/client contracts (taking away the difference between contentious and non-contentious business agreements), and changing the concept of final statute bills, interim statute bills and interim non-statute bills. Underwood said these concepts could be replaced by a rule stating any bill is deemed to cover all work to the date of the bill unless the solicitor has stated otherwise.

‘Section 68 is the big one at the moment,’ he added. ‘This relates to the supply by the solicitor of documents to the client and, generally, the courts are refusing such applications, the subtext being the prevention of clients challenging old bills.

‘The answer is to allow all clients copies of all documents upon payment of a proper fee, but to take a tough approach to adults of full capacity seeking to go back on a fair and reasonable agreement.’