The body regulating barristers is considering whether to lower the standard of proof required for prosecuting those alleged to have breached misconduct rules.

The Bar Standards Board today published a 10-page consultation asking if there is support for applying the civil standard to allegations of professional misconduct.

The Solicitors Regulation Authority has long considered such a move, and the prospects of reform took another step closer last year, when Lord Justice Leveson said the SRA needed to look again at its policy.

Leveson ruled that an immigration adviser should be banned from working in the profession, after applying the civil standard of proof in the High Court. The Solicitors Disciplinary Tribunal, working under the higher threshold, had opted against a ban.

The BSB says a switch to the civil standard would bring it into line with most other professional regulators except for veterinary surgeons.

BSB director of professional conduct Sara Jagger said: ‘The public can have confidence that any barristers breaching the standards expected of them will be held to account, and barristers can be assured that any complaints about their conduct will be dealt with fairly.'

‘We want to know whether or not people think that changing the standard of proof used in disciplinary proceedings from the criminal to the civil standard would be consistent with these principles.’ 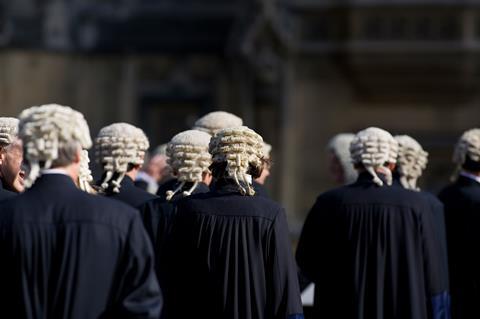 'The consultation paper says different rules for lawyers, compared to other professions, beg the question why barristers and solicitors are accorded ‘what might appear to be preferential treatment’.

The BSB said it was also conscious the Law Commission reported in 2012 in relation to the healthcare professions it was confident the civil standard was appropriate to best protect the public.

The consultation document adds: ‘We recognise that it is not necessarily in the public interest for barristers to be able to avoid a disciplinary sanction when it is more likely than not that they are guilty of professional misconduct but a tribunal cannot be ‘sure’ of this.'