Reporting harassment incidents and outcomes should be mandatory, urges lawyer 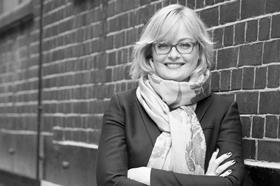 Jackson: ’What we need is a statutory duty’

Reporting sexual harassment incidents and their outcome should be mandatory, taking harassment into the same ‘name and shame’ territory as gender pay and minimum wage regulations, a lawyer who acts for claimants has urged.

Criticising the Home Office’s proposals for tackling sexual harassment in the workplace, which include an employers’ ‘code’, Karen Jackson, managing director of Didlaw, told the Gazette: ‘It’s great to raise awareness of rights but the government’s proposal falls way short of the mark. A bigger burden should be placed on employers to tackle harassment in their workplaces. What we need is a statutory duty.

‘Look how well the national minimum wage regulation sanctions and gender pay regulations are working – they make employers sit up and listen and pay attention.’

Jackson suggested some areas for consideration. Employers over a certain size might be required to report incidents and the outcome achieved. Any settlement agreement that concluded a dispute involving sexual harassment might have to be logged. Organisations not tackling the issue could be challenged by a relevant regulator.