The whiplash portal designed to be used by litigants in person continues to be dominated by claims from people represented by a law firm.

Official Injury Claim, the system launched in May to handle RTA claims valued less than £5,000, yesterday published data for the three months to November. After a summer of bedding in, the latest numbers will be seen as a better indicator of how the portal is working and who is accessing it.

Of all the claims registered in the period, a total of 6,233 were made by unrepresented claimants and 62,126 had professional representation. Three-quarters of those who were represented used a traditional law firm and 24.5% an alternative business structure. Dispelling concerns that the portal, a product of the Civil Liability Act, would encourage claims management companies to fill the space left by law firms, just 108 claims (0.2%) came from CMCs. 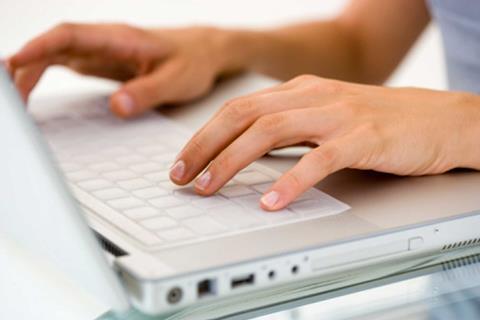 The percentage of represented and unrepresented claimants remain consistent with the first quarter of the OIC.

Uncertainty continues about the issue of ‘mixed’ claims, where people claim both for whiplash on a fixed tariff and other bodily injuries which does not. It is expected that test cases will go before the High Court at some point to determine how to compensate these claims.

During the period, 33% of claims were tariff-only whereas 65% were mixed.

In total, 3,904 claims have settled since the launch of the service, including 3,468 during this reporting period. These have been split almost equally between claimants who are represented and unrepresented. There have been 7,184 claims which exited the portal for a reason other than settlement.

Responding to the figures, Sue Brown, chair of the Motor Accident Solicitors Society, said: ‘Whilst the fact that over 90% of claimants are able to find solicitors to represent them is of course good news, the low numbers of unrepresented claimants in conjunction with the overall low volumes of claims may suggest that some claimants are unable or reluctant to pursue their claims through the OIC.

‘Settlement numbers are still low but are slowly rising. Settlements seem to be taking longer that would be expected where liability has been admitted in 82% of cases. We also have a number of questions around why claims are exiting OIC.’

Matthew Maxwell Scott, executive director of the Association of Consumer Support Organisations, added: ‘While much of the broader trend data is unremarkable, it is becoming ever clearer that the ‘user-friendly’ OIC portal promised by ministers is complex, legalistic and difficult for claimants to use without professional support.

‘Unrepresented claimants remain fewer than one in 10 of the total, and one in three of those then exit the portal because they find it too complex. These numbers do not support the view that this is a process that is fit for purpose.’