Separated parents turning to the family courts in England are more likely to live in the country’s most deprived areas, according to research into private family law which also highlights a north-south divide. 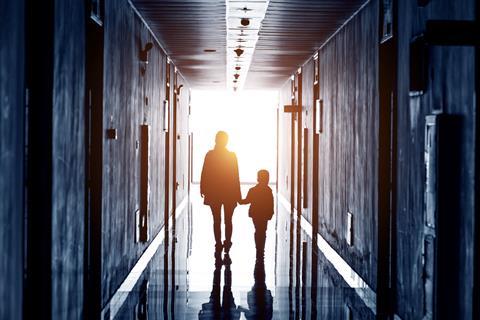 The findings echo a similar study conducted by the observatory last year in Wales, which showed that separated parents in the family courts were more likely to live in deprived areas.

The report says policy makers must consider the role of deprivation as a factor in private law cases. Regional variation in rates of applications is ‘not insignificant’ and requires greater evaluation.

Nuffield director Lisa Harker said: ‘Parental disputes taking place within the family courts are sometimes perceived and portrayed as fairly trivial arguments that could perhaps be settled out of court. However, these findings suggest that families who come before the court are likely to have unmet needs, related to levels of deprivation and where they live.

‘With tens of thousands of children being involved in these cases every year – some of whom will be particularly vulnerable – it is vital that we recognise that deprivation is a factor and begin to consider how to reduce the pressures on families in order to decrease the risk of family conflict.’

Discussing the report’s findings at an event on Monday, family division president Sir Andrew McFarlane said: ‘The body of individuals who come to court with private family law problems are disproportionately represented from areas of which that are the most socially deprived… More cases come from the north of the country than the south. Should we be targeting our resources, attempt to engage with people before they come to court in a more specific way that meets the needs of those groups? I think so. Knowing something about who they are from this research is helpful.’