The Ministry of Justice’s announcement on the Judicial Review and Courts Bill is ‘ringing alarm bells’ for the Law Society, which is among several bodies and individuals to express concern ahead of the legislation being presented to parliament today.

Law Society president I. Stephanie Boyce said: ‘There is a great deal here that should ring alarm bells for people who come up against the might of the state.

‘The MoJ suggests the bill may set a precedent for government to give itself the power to remove certain types of cases from the scope of judicial review which would effectively spawn a new breed of ouster clause. There are rare, exceptional circumstances when it is appropriate for the state to circumvent the courts, and only with strong justification. Parliament will need to think very carefully about the potential impact of any such proposals on the rule of law. 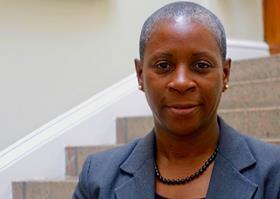 ‘We also oppose prospective-only remedies which leave the door open for righting a future wrong but do nothing for injustices from the past. Removing or limiting the retrospective effect of an order would mean that nobody who has been a victim of an unlawful state action – not even the person who brought the challenge - would benefit from a ruling that the government had behaved unlawfully.

‘This would have a chilling effect on justice by deterring people from bringing legal challenges, in the knowledge that they might gain no redress, and might also mean people would be less likely to get legal aid to bring cases where a prospective-only remedy was the likely outcome.’

V interested to see the detail later. But I still don’t understand what’s meant by “better balance between rights of citizens & effective govt”. Why are those things out of balance now? The courts decide whether a decision is lawful. There’s nothing to be “balanced” against that. https://t.co/lRpdfoMkjJ

The Ministry of Justice tweeted that the bill follows a ‘thorough review’. Bar Council chair Derek Sweeting QC pointed out the Independent Review of Administrative Law found the judicial review system ‘was in working order’.

Public Law Project said the bill will warrant close scrutiny. Director Jo Hickman said: ‘Close attention needs to be paid to provisions in the bill which seek to suspend the effect of remedies or take away their retrospective effect. Not being able to undo the past consequences of an unlawful decision could undermine the point of having a legal mechanism that holds public authorities to account.’

The bill is expected to be introduced to parliament by 3pm, when Buckland will be delivering a keynote speech, headed ‘Banishing the Ghosts of Judicial Review Past’, at the Policy Exchange thinktank.

Ahead of the speech, Policy Exchange published its response to the government’s Judicial Review Reform consultation. Professor Richard Ekins, head of Policy Exchange’s Judicial Power Project, argued that ‘there is nothing improper about the government adopting a more ambitious programme of reform than the panel was able to agree. On the contrary, it would be an abdication of constitutional responsibility for the government to take itself to be disabled from acting otherwise’.