Brother and sister solicitors have been banned after allowing more than £100m to pass through their firm on dubious property deals.

Patrick and Margaret Hetherington, partners with the Hetherington Partnership based in Merseyside, received fees of almost £3m for acting on behalf of 6,792 clients buying parking spaces or storage pods from companies linked to a single entity, the Solicitors Disciplinary Tribunal heard.

The schemes purported to ‘guarantee’ high returns to purchasers, but the tribunal heard that some clients lost thousands through their investment. These included a 77-year-old widow with Parkinson’s disease who invested £50,000 after being cold called: she lost the bulk of her savings. Another client, who was disabled, invested the £200,000 he received following an accident at work, but received £35,200 in returns. 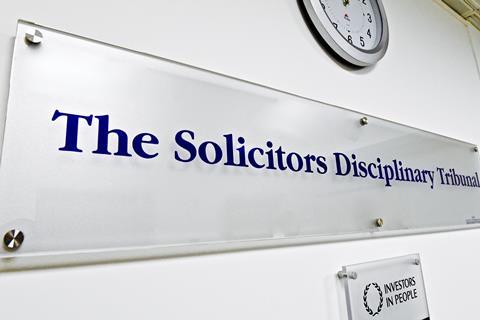 The Hetheringtons denied wrongdoing, saying they had urged all clients to obtain independent financial advice.

But the tribunal found the allegations made against them, including dishonesty, proved in full, saying their evidence had been ‘evasive and specious’, and that their failings were more than negligent and crossed the threshold into professional misconduct.

The tribunal added that the solicitors had ‘deliberately failed to provide clients with full advice so as to preserve the income generated from the schemes’, and that if clients had properly understood the risk they were taking they would have been less likely to proceed. It was considered dishonest of the pair to prefer their own interests over those of their clients, as well as to ignore the clear warnings coming from the Solicitors Regulation Authority about involvement with dubious investment schemes.

‘Their clients ought to have been given full and proper advice,’ said the tribunal. ‘That did not occur. ‘The tribunal found many of the respondents’ answers to questions to be incapable of belief, and demonstrative of their disregard for their clients’ interests.’

Patrick and Margaret Hetherington, admitted to the roll in 1986 and 1994 respectively, were each struck off and ordered to jointly pay £98,000 in costs.

Following the decision, James Ramsden QC, who acted for the SRA, said the case was one of the most important brought by the regulator in recent years as it focussed on the role of solicitors as advisers in unregulated collective investment schemes.

Ramsden added: ‘The preponderance of these schemes, often linked to lucrative referral arrangements, is a trend solicitors need to be very wary of.’