The Law Society is exploring ways to support lawyers appearing before the disciplinary tribunal, amid claims that young solicitors face an inequality of arms during proceedings.

A Society spokesperson said it is aware that members are concerned about of the cost of the Solicitors Disciplinary Tribunal and its impact on junior lawyers. ‘It’s true there is an inequality of arms between the individual solicitor and the prosecution in the tribunal, which is why the Law Society has consistently advocated that the higher (criminal) burden of proof applies at the SDT,’ they said. 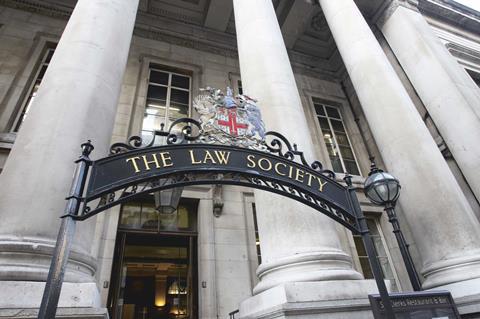 Chancery Lane: There is ‘inequality of arms between the individual solicitor and the prosecution in the tribunal’

‘We are looking at ways to offer more support to members appearing in the SDT, within the limits of what we are able to do under the regulatory regime.’

Earlier this month Paul Sharma, president of Westminster & Holborn Law Society, claimed that young solicitors are losing their careers in ‘disproportionate numbers’ for small mistakes, and are being pitted against the regulator’s ‘battalion of lawyers’. Sharma has launched a campaign to persuade Chancery Lane to pay for representation at the SDT. ‘Practical help will make a huge difference to the careers of junior solicitors. It’s high time for this one small step,’ he said.

It is far from clear, however, that the Society is legally allowed to fund representation for its members under the Legal Services Act 2007, which prescribes the functions and permitted spending of the professional body.

Paul Bennett, a professional regulation partner at Bennett Briegal, said that it is ‘wildly inaccurate’ to suggest young lawyers are being struck off in disproportionate numbers for minor mistakes. ‘The statistics do not back that up – and it creates a culture of fear among young lawyers which is unnecessary,’ he told the Gazette.

However, Bennett said current case law does not allow for the ‘appropriate application of personal mitigation and health mitigation’ in disciplinary proceedings. ‘Where the SRA can rightly be criticised is the fact that the Legal Services Act gives them the ability to bring forward fitness to practise proceedings and they have chosen not to do so. That’s an abdication of responsibility by the SRA,’ he said.