Software billionaire loses bid to delay decision on US extradition

The founder of UK technology start-up Autonomy has lost a bid to let the home secretary wait until after a long-awaited ruling on a mammoth $5bn civil fraud claim before making a decision on his extradition to the US.

The 56-year-old is said to have been ‘the leader of the corporate conspiracy’ to fraudulently inflate Autonomy’s revenue, earnings and value ‘in order to make the company more attractive to potential purchasers’. Lynch denies the allegations.

He is also a defendant in Britain’s biggest civil fraud trial in a claim brought by HP, which began in March 2019. Mr Justice Hildyard’s judgment is expected ‘imminently’, the High Court heard last week. However, the ruling – which is expected to be ‘well in excess of 1,500 pages’ – is likely to be subject to an extended embargo period and it is not yet known when it will be made public. 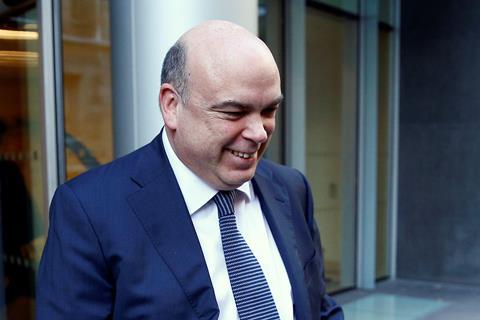 Lynch’s case was sent to home secretary Priti Patel in July, who was twice granted an extension of time to make her decision on whether to approve his extradition. The second extension, until the end of November, was sought on the basis that Hildyard’s ruling would be delivered that month.

When the judgment was again delayed, Patel sought another extension until March which was refused by district judge Michael Snow, a decision Lynch argued was unlawful as it deprived the home secretary of the opportunity to consider the judgment in the civil case.

But Mr Justice Swift today dismissed his application for judicial review, ruling that the district judge’s decision ‘came nowhere near usurping any function of the secretary of state’.

‘The application failed because the judge concluded the secretary of state had failed sufficiently to explain why she wanted to wait to consider the judgment in the Chancery proceedings,’ he added. ‘That does not come close to telling the secretary of state what matters she could or could not take account of.’

Patel has until midnight on Friday to decide whether to order Lynch’s extradition to the US.