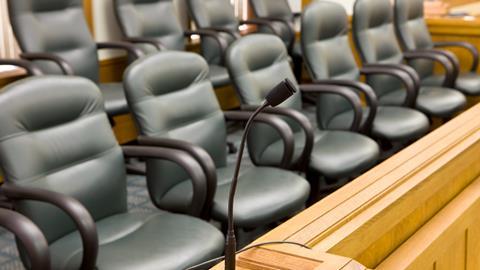 A York solicitor who 'undermined justice' at York Crown Court in a child sexual abuse trial when sitting as a juror has been jailed, the York Press reports.

Caroline Elizabeth Mitchell broke the orders of Judge Simon Hickey and her juror’s oath by doing her own research into the case and telling other jurors what she had discovered, Leeds Crown Court heard yesterday.

Michael Smith, prosecuting, said her actions meant the jury had to be discharged and the trial abandoned at an estimated cost of £30,000.

The complainant and defendant had to wait eight months for a new trial and give evidence for a second time, the court heard.

Rodney Ferm, defending, said Mitchell now faces being struck off as a solicitor. She qualified in 1995 and was an associate solicitor with national firm Irwin Mitchell. The firm confirmed that she has resigned from her position.

'This is simply a terrible day in the life of Caroline Mitchell,' he said.

Mitchell, 53, pleaded guilty to disclosing information to other jurors.

'I don’t doubt you didn’t intend to undermine the course of justice but that is the effect of what you were doing,' the recorder of Leeds, Judge Guy Kearl QC, said as he jailed her for two months.

By telling other jurors information she had found on the internet on an important part of the evidence, she had risked them returning the wrong verdict. As a solicitor, she knew 'the importance of court orders and the consequences of breaching them,' he said.

She had had time to reflect on what she was doing because she had found information on the internet in the evening, taken a screenshot and then showed that on her iPad to other jurors the next day.

'I have formed the view in line with the facts ... appropriate punishment can only be be found by an immediate custodial sentence,' the judge said.

Smith said Mitchell, and the rest of the jury, had been told not to do their own research, including on the internet, both orally and in writing at the start of the trial.