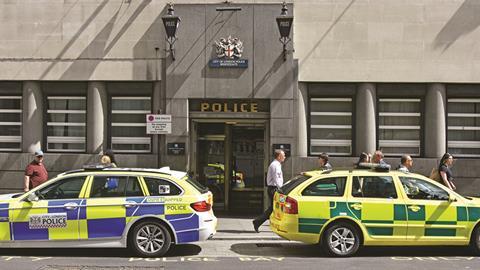 Criminal defence specialists have spoken about the risks duty solicitors face at police stations, after reports that a woman was attacked in a north-west police station. The news has prompted calls for the police to routinely provide to solicitors risk assessment details about suspects before the suspect is seen.

A man has been charged with assault.

Robert Kellock, a partner at Preston firm Kellocks, said practitioners were shocked by the incident. Kellock said he had been locked in police station consultation rooms several times and ‘never felt entirely comfortable’. He recalled being in a consultation room with a client he knew was violent. The client told him: ‘It’s a good job I’m not a nutter.’

Ian Kelcey, head of crime at Bristol and London firm Kelcey & Hall, and co-chair of the Law Society’s Criminal Law Committee, said: ‘It is, I’m afraid to say, an occupational hazard. Solicitors often see clients in police stations when clients are emotionally unbalanced and volatile, particularly if there is withdrawal from substance abuse or mental health issues. It is important that the solicitor is given the fullest possible information before seeing the client so they can carry out their own informed risk assessment.’

Richard Atkinson, co-chair of the Law Society’s Criminal Law Committee, said detailed information regarding risk assessments carried out by the police is often not shared with the solicitor. And consultation rooms in some stations are ‘some distance’ from the custody hub.

Atkinson, a partner at national firm Tuckers, added: ‘Although there are panic alarms, there have been instances where they have not been swiftly responded to. It is time that the police recognised the risks to solicitors and, as a matter of routine, provided details of risk assessments carried out by custody staff and ensured that, as far as possible, there are panic alarms in place and properly resourced procedures to respond swiftly.’

Jon Black, a partner at London firm BSB Solicitors, said there is still an issue of police station representatives being locked in consultation rooms, often having to knock and ring for up to 10 minutes before an officer opens the door. However, the former London Criminal Courts Solicitors’ Association president said ‘we need to be wary of inviting a system whereby solicitors speak to all clients through glass barriers or, even worse, attend via video link’.