Sotoudeh: Speak out on Iran executions

Iranian lawyer Nasrin Sotoudeh has added her voice from a prison cell to international concern about a spate of executions in her country. At least 48 executions have taken place over the past three months, a figure the International Bar Association Human Rights Institute last week described as 'appalling'.

A letter from Sotoudeh, who is serving sentences adding up to 38 years in prison and 148 lashes for offences including 'encouraging corruption and prostitution;' and 'appearing at the judiciary without Islamic hijab' was released today by human rights group PEN America. The letter mentions the case of Zahra Esmaeli, a mother-of-two found guilty of killing her allegedly abusive husband. 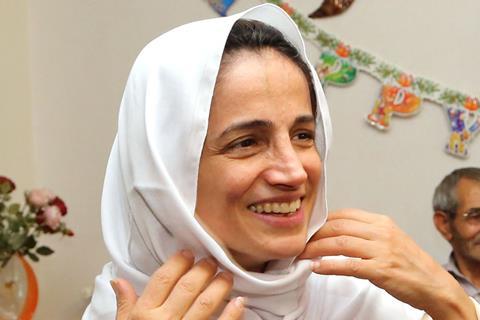 Nasrin Sotoudeh has written to the United Nations

Addressed to the UN secretary general, it states:

'I write to you from Qarchak, one of Iran’s most notorious prisons, so that my voice might, in some way, boost the efforts of the United Nations. My hope is that, in the not too distant future, we can realize even some small part of the great dreams for humanity enshrined in the Universal Declaration of Human Rights. As you may be aware, in the past few months, many of our religious and ethnic minority compatriots in Iran have been executed amid the media’s silence. At dawn on Wednesday, February 17, Zahra Esmaeli, an inmate at our prison, and eight other prisoners were taken to the gallows and hanged.

'You know well what predictable mistakes are often made in these numerous executions. As someone who has been closely involved in Zahra Esmaeili’s case, I am certain that she did not commit murder. I ask you, the international community, and human rights activists to please pay close attention to the issue of executions in Iranian society, especially that of religious, ethnic minorities, and women, and take necessary measures to prevent such extensive executions.'