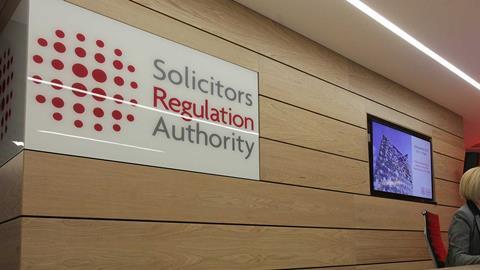 SRA in new drive to 'sell' unbundling to reluctant solicitors

The campaign to persuade law firms to offer unbundled services continued this week, as the Solicitors Regulation Authority unveiled plans for a pilot scheme to study the benefits.

The regulator said it continues to be concerned about the ‘substantial’ unmet legal need among consumers and small businesses, which it says is driven to a large extent by concerns about cost.

One solution could be to encourage more firms to offer their services on one or more tasks without completing the whole process. However solicitors are wary about exposing themselves to potential risk or leaving clients in the lurch once the unbundled service is completed.

The SRA’s pilot study will look at the benefits and drawbacks to firms and clients, searching – in collaboration with the Law Society and Legal Services Consumer Panel – for firms who offer or are willing to offer unbundled services in family law.

The regulator wants to create a ‘safety blanket’ for firms to work together, share ideas and ask others for advice. The rules of engagement have yet to be drawn up, but it is understood that the pilot will be shaped so firms do not fall foul of SRA principle seven, which requires that they act in the best interests of each client.

The SRA is keen to remove any regulatory barriers preventing firms and solicitors offering unbundled services, as well as promote the message that there might not be as many barriers as people think.

‘There is interest in whether increasing the availability of unbundled services in the legal services market might help some people get professional legal help when they would not otherwise have been able to afford to do so, increasing access to justice,’ said a spokesperson.

‘Many firms are already experimenting with offering services in this way, with differing results. Some have found difficulties, while others have had success and have continued to make such a service available.’

But convincing a dubious profession remains the biggest issue. A survey earlier this year by the Legal Services Consumer Panel found unbundling accounted for just 16% of legal services delivered in England and Wales in 2020, down from 19% in 2015. Take-up was less in the regions than in London, and lower among most ethnic minority groups.

A Law Society spokesperson said: 'Some practitioners have started to deliver forms of unbundled services, but concerns remain, particularly around the risk of being found negligent for things the solicitor believed fell outside the retainer.

Firms wanting to join the pilot should contact innovate@sra.org.uk.