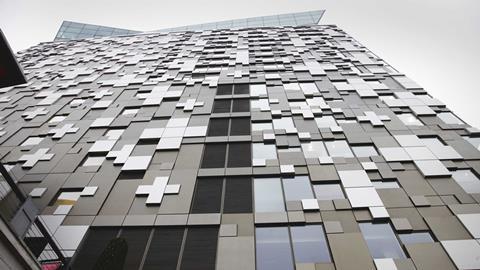 The Solicitors Regulation Authority wants to stop practitioners found guilty of sexual misconduct from being punished with only a fine. The regulator has responded to growing disquiet about penalties for such acts, following a handful of high-profile cases in recent years where the Solicitors Disciplinary Tribunal opted to issue fines rather than suspensions.

The issue is likely to remain a live one for some time, with more than 100 cases currently being investigated by the SRA.

In its consultation on increased fining powers, issued last week, the SRA said it now considers that financial penalties are ‘unsuitable’ for cases involving sexual misconduct.

The SRA said: ‘Many of the sexual misconduct cases that we have referred to the SDT in the past few years have received financial penalties. This includes the highest fine issued in 2020 for a serious allegation of sexual misconduct of £55,000. By contrast, a solicitor who inappropriately touched a paralegal on several occasions in front of colleagues and clients was fined £10,000.

‘These findings have resulted in much debate, including in the media, often questioning whether any sanction short of restrictions on practice for behaviour of this nature can meet public expectations.’

The SRA said there had been a significant increase in reports of sexual misconduct arising from the #metoo movement, and although the numbers have reduced since that peak, there continues to be an appetite for resolving ongoing cases.

The need to look again at penalties for sexual misconduct has been magnified by a similar review currently being undertaken by the Bar Tribunals & Adjudication Service. In its first consultation earlier this year, the BTAS proposed that its sanctions guidance be amended so these cases would no longer be eligible for a financial penalty and would instead incur anything from a one-year suspension to disbarment.

This was following recent examples of BTAS panels issuing fines for sexual misconduct which it described as having received ‘widespread and almost unanimous condemnation of the leniency fines represent in addressing such conduct’. In one cited example, a male barrister who sexually assaulted a junior barrister at a Christmas party (which included making sexual comments and inappropriate touching), received a reprimand and a fine of £6,000. BTAS also noted that suspension or strike off were the norm for regulators and tribunals outside the legal profession.

The SRA consultation asks specifically whether fines are suitable where sexual misconduct has been proven, and whether there are any other types of conduct which are considered unsuitable for a financial penalty.

The regulator notes taking a robust stance on these issues should act as a credible deterrent and potentially drive up levels of reporting.