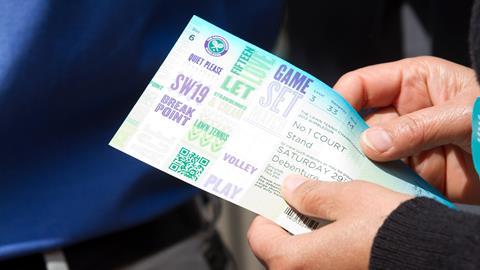 Touting case heads to Court of Appeal over contempt ruling

A man who struggled to obtain legal aid in a case about the sale of Wimbledon tickets has escaped committal to prison pending a hearing at the Court of Appeal. Mr Justice Nicol made the decision after hearing an application by barristers acting pro bono to purge the contempt.

Last month His Honour Judge Freedman ruled that McKay was in contempt. He imposed a six-month prison sentence but suspended it for 14 days to give McKay 'one final chance' to purge his contempt.

At Friday's hearing barristers Anton Van Dellen and Harry O’Sullivan, of Goldsmith Chambers, represented McKay pro bono. Van Dellen told the court that his client benefited from privilege against self-incrimination and, consequently, should not have been found in contempt.

Van Dellen said: 'In order for the suspension to be lifted... you need to be satisfied privilege against self-incrimination does not apply.'

Van Dellen told the Gazette that an appeal application was lodged shortly before Mr Justice Nicol lifted the suspended committal but stayed imprisonment pending the Court of Appeal hearing.

Although the case centres on the sale of Wimbledon tickets, it also became about the scope of legal aid when Mr Justice Chamberlain, who heard the case in October and November, decided to clear up confusion over who has the power to grant public funding for committal proceedings arising from civil conduct.