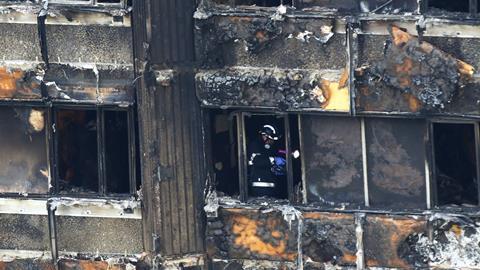 Comments made by a solicitor who acted for victims of the Lakanal House fire in 2009 have prompted a debate about whether the public inquiry promised by the prime minister is the best way to uncover the facts behind the Grenfell Tower tragedy.

Solicitor advocate Sophie Khan, director of London firm Sophie Khan & Co, told BBC's Newsnight last night, that the 'right way' is inquests, not a public inquiry. 'The families have a right to participate, they have a right to cross-examine, they have the right to put questions to all the experts, they are even able to get their own experts if the coroner gives permission,' she said.

With an inquest, by contrast, Khan said the government 'loses control of what a jury verdict will do. The juries will come out with narrative verdicts which may be very difficult for the government to hear'.

When asked to confirm that there cannot be both public inquiry and inquest, Khan said: 'You can't have both. You can only have one or the other.'

She urged residents to demand an inquest. 'I'm very concerned as to why [prime minister] Mrs May came out so quickly to say "public inquiry". What is there that she knows that needs to be hidden?,' she added.

McKay added: 'Contrary to the commentator's views last night advocates don't "cross-examine" witnesses as an inquest is inquisitorial by nature. Advocates and other interested persons can ask relevant questions. There is no requirement on the part of the witness to answer a question that might incriminate them.

'An inquest may also avoid areas likely to be the subject of a criminal investigation. Importantly an inquest cannot apportion blame - in terms of civil of criminal liability - that is not the function of an inquest. Unlike a public inquiry. Caution should be exercised by those thinking an inquest is a panacea... I'm not saying public inquiries are not without difficulties but the idea they are an attempt to divert accountability is deeply flawed.'

At least 17 people are confirmed to have died, 37 people are still in hospital and many are missing after fire quickly spread through the 24-storey block in the early hours of Wednesday morning.

Labour leader Jeremy Corbyn, in a statement yesterday, said 'the judge-led public inquiry must be speedy and all residents should have access to legal aid and the support they need'.