The Court of Appeal handed victory to claimants today in a much-awaited decision with huge ramifications for law firms that bought up personal injury cases pre-dating the Jackson civil reforms.

In Budana v Leeds Teaching Hospital NHS Trust, the court held that the success fee in a pre-Jackson PI claim that was later transferred to another law firm should be recoverable under the pre-Jackson rules.

The case concerned a clinical negligence claim transferred from Baker Rees to bulk PI firm Neil Hudgell in April 2013. In Kingston upon Hull County Court in February 2016, DJ Besford held that the retainer had been ‘terminated’ when Baker Rees wrote to the client saying that it would no longer perform personal injury work. This implied that the success fee would not be recoverable from the defendants. The case was leapfrogged to the Court of Appeal due to its wider importance. 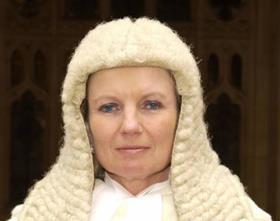 Lady Justice Gloster today rejected DJ Besford’s analysis that the retainer had been terminated, as this could not be done unilaterally, and it was clear by the claimant’s conduct that the contract had been preserved.

Gloster LJ also considered the crucial issue of whether the transfer of the conditional fee agreement to the new firm was an ‘assignment’ or a ‘novation’.

As a broad point, Gloster LJ said there was no reason in principle why ‘rights and benefits’ in a law firm’s contracts with its clients could not be ‘capable of assignment in today’s business environment’, provided there was client consent.

But the judge said the fact that there may ‘technically’ have been a novation did not prevent the success fee being recoverable under the pre-Jackson rules, as this was ‘the clear expectation of both parties, as evidenced by their agreement and stated intentions.’

Gloster LJ said the purpose of the Legal Aid, Sentencing and Punishment of Offenders Act's transitional provisions, to preserve vested rights and expectations, ‘would be defeated by an overtechnical application of the doctrine of novation’.

Lord Justice Davis agreed that the appeal should be allowed, but differed from Gloster LJ in that he considered the CFA to have been successfully assigned, as the parties were clearly intending, rather than a new contract having been created.

Lord Justice Beatson also allowed the appeal, agreeing with Gloster LJ that there had been a novation.

Joe Egan, president of the Law Society which intervened in the case, said: ‘I am delighted the Law Society was able to throw its weight behind this important case. Today’s ruling will affect many thousands of people who, following the removal of legal aid for the bulk of personal injury claims, needed to rely on “no win no fee” agreements to pursue their cases.'

He added: ‘Our contribution to the case has been to emphasise the pernicious impact of a loophole in the law which hit many vulnerable litigants.’

Neil Hudgell, managing director of Hudgell, said: 'The Court of Appeal has delivered an eminently sensible decision that brings certainty to law firms up and down the country which have come to the aid of clients who needed solicitors to take over their cases.

‘It is regrettable, to say the least, that defendants are returning to the bad old days of the “costs war” and taking technical points in a bid to escape their liability for costs. The Court of Appeal has sent a strong message today that it does not like that approach.’

Nicholas Bacon QC of 4 New Square, who led the claimant’s appeal in the Court of Appeal, described the decision as ‘probably the most significant costs case post Jackson.’

He said: ‘It brings to an end years of uncertainty over the assignment of solicitors’ retainers and legitimatises the transfer arrangements which were deployed in the case and thousands of others.

‘It is a tremendous victory for the solicitors’ profession and indeed for those members of the bar whose fees were caught up in the assignment arguments up and down the country.’