The Legal Ombudsman has agreed to pay damages to a staff member after a tribunal finding of indirect sex discrimination.

It emerged this week that the Office for Legal Complaints had settled the dispute with ombudsman Jodie Handley. The agreement followed a three-day hearing at Birmingham employment tribunal, where Employment Judge Self ruled that Handley’s claim was well-founded and succeeded.

No further details have been published, but it is understood that the dispute related to a decision taken in 2019 relating to flexible working arrangements for staff. Handley joined the organisation in 2011 as an investigator before moving into the claims management team, and was appointed as an ombudsman in 2016. 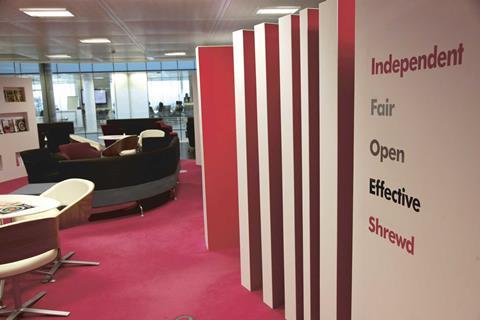 The Ombudsman has agreed to pay damages to a staff member

In a statement, the OLC said the decision on flexible working was one taken in response to operational pressures, but ‘clearly failed to take full account of the implications for one of our staff’.

The statement added: ‘We are considering the implications of this case more fully. A full learning review of the circumstances of this case and the broader decision making is being undertaken. We are fully committed to the wellbeing of our people and being an employer recognised as such. This judgement shows we have work to do in this regard but we will ensure that all learning from this case is implemented as a matter of urgency and in full consultation with our people.’

The issue of staff turnover has been a constant problem for the ombudsman's office. Last year’s annual report cited the challenge of ‘staff retention arising from market pressures and poor staff morale’, with then-chief ombudsman Rebecca Marsh admitting that morale ‘hit its lowest’ in 2019 and caused high levels of attrition.

The OLC said in December that annual staff turnover was 18% but had been ‘significantly higher’ among investigators in recent years. The organisation wants to increase its cohort of investigators by 50% by 2022/23 as it deals with a backlog of unanswered cases of expected to reach 5,000 this year.