A former employment law lecturer with BPP University has been awarded £168,000 by an employment tribunal after a finding that she was constructively unfairly dismissed.

The award was made to Elizabeth Aylott following a four-day hearing at the London Central Employment Tribunal and after she won her claim last year.

As part of the remedy, Employment Judge Adkin awarded £71,000 compensation for future financial losses, £32,000 for past financial losses and £20,000 for injury to feeling. 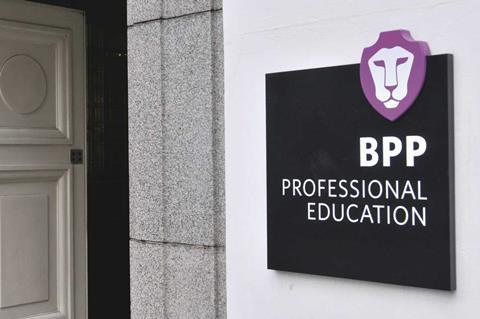 BPP: Former employment law lecturer was found to have been constructively unfairly dismissed

The tribunal heard that Aylott, who resigned in 2019 after 10 years with the university, suffered from autistic spectrum disorder, anxiety and depression. The tribunal found that a series of matters, viewed cumulatively, amounted to a fundamental breach of trust and confidence.

It heard that in April 2018 a member of the management team had told a colleague that Aylott was ‘mad as a box of frogs but a good worker’. This comment was then repeated to her by the colleague, although it was not said in response to her raising the possibility she had Asperger’s syndrome.

It was accepted that Aylott was working up to 60 hours a week, including at weekends and evenings. A complaint from a client around that time was a ‘pivotal matter’ in her perception of the breakdown in the relationship with BPP. The tribunal said not allowing Aylott to see the complaint or defend herself was unfavourable treatment, as was a failure to refer her to occupational health in late 2018.

Other incidents included a ‘crass and insensitive’ remark about how she should have been able to handle her workload in the context of her poor mental state. BPP was also found to have failed to reduce her workload or provide extra support, and failed to heed indications that Aylott was not coping.

Despite finding another job three months after resigning from BPP, the remedy judgment stated that Aylott appeared to remain unwell throughout 2020 up to the hearing. The judge said discriminatory conduct was an ‘integral part’ of the breach which led to her resignation.