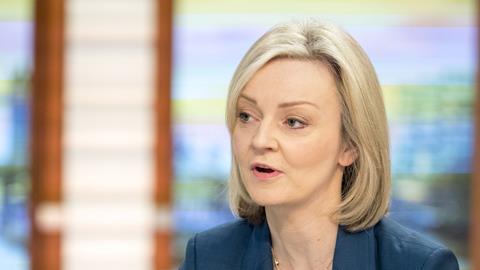 The Ministry of Justice published a consultation asking how to set the discount rate in future and whether the current methodology is still fit for purpose.

Truss adjusted the rate from 2.5% to -0.75% last month, insisting it was the ‘only legally acceptable’ level she could set.

That decision was accompanied by a pledge to review the method before Easter, and the six-week consultation marks the start of that process.

Measures under consideration include whether:

Truss stressed this is not a review of the rate set in February, but rather a look again at the process which preceded it. She emphasised the idea will remain to put victims in the same position they would have been if they had not been injured, and she remains 'absolutely commited to the principle of full compensation - the 100% principle'.

‘This consultation will consider whether the current framework is fair to both claimants and defendants,’ she added.

The MoJ says the law is clear that claimants must be treated as risk-averse investors, reflecting they are financial dependent on this lump sum for long periods.

Insurers have reported that premiums have already risen since the new rate was implemented earlier this month, and predict it could end up costing the industry billions.

Stuart Henderson, managing partner of personal injury at national firm Irwin Mitchell, said it was worth remembering the change in the rate was only deemed significant as it had remained unchanged for 16 years.

Henderson said insurers are already using ‘every possible tactic’ to delay the resolution of cases in the hope of a better outcome following the consultation, and he insisted the judiciary need to be aware of what is happening and intervene to push cases forward.

He added: ‘During the consultation period the MOJ and the Treasury should fully take into account the interests of seriously injured people often with lifelong needs and in our view endorse the approach of the House of Lords and of previous reviews in maintaining a risk free rate.

‘A discount rate should be set to ensure compensation is adequate and not to satisfy shareholders or displace costs from the private to the public sector.’

Neil Sugarman, president of the Association of Personal Injury Lawyers stressed tt was very important that the rate was reduced because people with serious, life-changing injuries were not receiving the compensation they desperately need.

'Having said that, we are always prepared to be involved in constructive debate and so we will be responding to the consultation,' he said. 'Following the insurance industry’s hysterical response to the recent rate change, we are also very encouraged by the lord chancellor’s obvious commitment to the fact that injured people must receive 100 per cent compensation – no more, no less.'

Huw Evans, director general of the Association of British Insurers, said the consultation document was an important step in helping get a ‘fair, modern way’ to set the discount rate which works for claimants, consumers, businesses and taxpayers.

‘Only a month after the setting of an absurdly low rate, the government has moved swiftly to consider reform and we need to see this urgency maintained with a firm commitment to legislate in the Prisons & Courts Bill currently before parliament.’

Nigel Teasdale, president of the Forum of Insurance Lawyers (FOIL), added: ‘The gulf in opinion across the insurance and legal sectors exposed when the new minus 0.75% discount rate rate was announced a few weeks ago demonstrated how vital it is for this framework review to be conducted.’