The Legal Aid Agency has granted the family of teenager Molly Russell legal aid to be represented at the inquest into her death, after initially denying the family funding because it did not consider there was a 'wider public interest'. The family will also not have to contribute towards costs, human rights firm Leigh Day, which has been representing the family pro bono, confirmed this afternoon.

Molly Russell was found dead in her bedroom in November 2017. HM senior coroner Andrew Walker is investigating her family's concerns regarding the role of social media in her death.

Molly's father, Ian Russell, said: 'I am delighted that the Legal Aid Agency has reconsidered its decision and I would like to thank everyone for the many offers of support we have received. This decision is a weight lifted from our family and we now look ahead to a full and fearless inquest into Molly’s death.'

Leigh Day solicitor Merry Varney welcomed the decision. However, she said it was disappointing that her clients had to appeal. 'Many other families are not successful in their appeals and cannot afford to bring a judicial review against the LAA. This leaves them either reliant on lawyers working for free, fundraising or having to represent themselves at their loved one’s inquest, completely unqualified and unprepared against experienced legal teams on the other side,' she said.

A spokesperson for the LAA said this evening: 'Exceptional case funding is available for cases which are not in scope of the Legal Aid, Sentencing and Punishment of Offenders Act 2012.'

The agency refused funding on 29 January, stating that the matter 'is not of wider public interest as defined by section 10(4) of LASPO. We do not see how and why the investigation in this matter will inevitably lead to significant and material benefits to a large cohort of specific persons'.

The family appealed, arguing that it was unfair to pay the full legal costs given the inquest is likely to highlight issues affecting the public, and offered to pay a contribution. 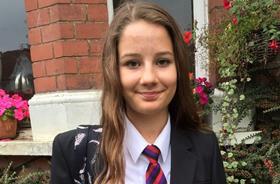 Leigh Day, and barristers Jessica Elliott and David Hart QC of 1 Crown Office Row, have been working on a pro bono basis. 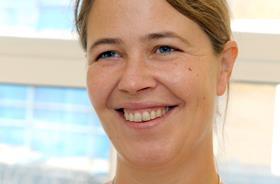 Lawyer in the News: Merry Varney

Prior to the appeal outcome, Varney said: 'The rejection of Molly's family's application is unfortunately one of a multitude of examples of how bereaved families are appalling treated while going through the coronial process, and whilst I hope their appeal is successful, it cannot be right for the broken system, propped up by lawyers acting free of charge, not to be urgently addressed.'

Campaign charity Inquest, which has urged the Ministry of Justice to reconsider its decision to not introduce automatic public funding in certain cases, says there is increasing political and public disquiet about social media's impact on the mental health of young people.

Deborah Coles, Inquest director, said: 'Molly’s death cannot be ignored and should instead inform work that prevents future harm and deaths. The inquest into Molly’s death will be an opportunity to publicly scrutinise relevant issues, and therefore serves an important public interest. Her family need legal representation in order to participate fully in this complex process, alongside the large and well-funded corporate bodies who will likely be interested parties.'

In a statement prior to the appeal decision, a Ministry of Justice spokesperson said: 'This was a tragic case and our thoughts are with the family of Molly Russell. While our recent review of inquests found that legal representation is not necessary for the vast majority of cases, we are making a number of changes to the system to make it more accessible and supportive. This includes reviewing means-test requirements and simplifying the application process.'