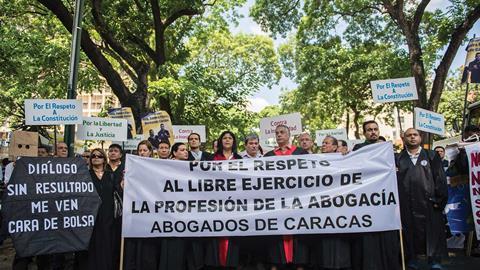 Lawyers in Venezuela have called for freedom to practise their profession. They protested after police blocked them from lobbying the country’s attorney-general, Luisa Ortega, over what they say are unconstitutional measures introduced by president Nicolás Maduro during four months of civil disturbances.

Opposition sources say 3,102 protesters have been arrested since February.