Criminal legal aid practitioners are caught in a ‘double pincer movement’ in terms of a real-terms reduction in money and reduction in work driven by fewer arrests, a former judge leading the Independent Review on Criminal Legal Aid said today.

Sir Christopher Bellamy QC told the Westminster Commission on Legal Aid’s inquiry that he and his review team hope to report to government well before the end of the year.

He said: ‘There has been a reduction in legal aid spend generally but particularly within the criminal area over recent years. In some ways, the criminal legal aid profession has been caught in a double pincer movement, both a reduction in real terms of money available and a reduction in the amount of work, which in turn has been driven by fewer arrests by the police force… These two circumstances have created a very serious situation.’

Bellamy said the criminal legal aid system was ‘very much influenced by the action of other players – whether it’s the police, courts, CPS, system as a whole, whether it’s court closures, recruitment policies of the CPS, attitudes and practices in the courts themselves. 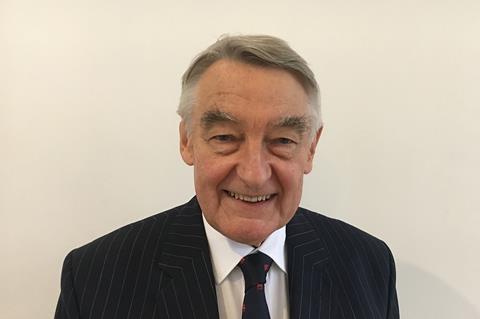 ‘Up to a point I feel I need to take a holistic view of the system as a whole, but bear in in mind the particular challenges caused by the pandemic, which has created the worst crisis the courts system has ever seen’.

As well as sustainability, the review’s terms of reference includes looking at efficiency and quality controls, and considering the position of the ‘user’, such as defendants, victims, witnesses and members of the jury.

Bellamy said he spent yesterday evening ‘virtually in Wales’, talking to solicitors. ‘That gives me a very good feel of what’s going on at ground level. I hope to repeat that experience all over the country.’

He concluded: ‘Clearly we have a sector in difficulties. Equally clearly there is an overriding public interest in [what legal aid minister Lord Wolfson was saying] about the rule of law and access to justice and the best use of taxpayer [money]. Balancing these things is the main purpose of the review.’

Earlier, Lord Wolfson paid tribute to members of the all-party parliamentary group on legal aid, which set up the Westminster Commission inquiry on sustainability, for their work. ‘We will not always agree. Of course there will be issues on which we disagree. That’s a matter of politics. But we all share a core commitment to the rule of law.

‘Legal aid is about maintaining the rule of law by enabling people to vindicate their legal rights. That’s something I and [shadow legal aid minister] Karl Turner absolutely agree on.’