A Turkish court has convicted a UN war crimes judge of being a member of a terrorist organisation. Judge Aydin Sefa Akay, who sits at The Hague, was detained without charge in Turkey last September when thousands were arrested following a failed military coup.

The sentence was greeted with anger by the Mechanism for International Criminal Tribunals in The Hague, which said the Turkish government had denied UN requests for direct contact with the judge.

Akay was sentenced to seven years and six months imprisonment for membership of the ‘Gulenist Terrorist Organisation’ (FETO). The organisation’s existence is insisted on by Turkish officials. He has been provisionally released from detention on ‘humanitarian grounds’, but his passport has been forfeited and he may not leave the country.

In a statement issued this morning, the Mechanism for International Criminal Tribunals, The Hague, said: ‘The judgment of first instance is subject to potential appeal and review proceedings at national and international levels, and the verdict has therefore yet to acquire legal finality.’

It added: ‘The arrest of Judge Akay in September 2016, his detention and legal proceedings against him are inconsistent with the assertion of his diplomatic immunity by the United Nations, as well as the binding judicial order by the mechanism to the Government of Turkey issued in January 2017.’

President of the mechanism, Judge Theodor Meron, said he ‘deeply regrets this action of the Turkish authorities, in further breach of Judge Akay’s protected status under the international legal framework’. 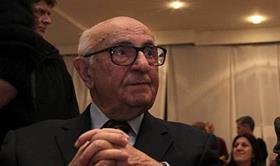 Despite Akay’s release from custody, Meron added he ‘remains gravely concerned that the government of Turkey has pursued domestic proceedings in disregard of the applicable international legal framework and calls upon the government to take urgent steps to respect the protected status of Judge Akay and to resolve the situation consistent with international law’.

Akay’s detention had stalled a Rwanda genocide appeal which Akay was scheduled to hear. Augustin Ngirabatware, a government minister at the time of the Rwanda genocide, is appealing a 30-year sentence for genocide and other crimes.

Previous motions from Ngirabatware’s counsel, urging the appointment of a new trial judge or Ngirabatware’s release due to the trial’s delay, had been rejected by the court.