Frozen lawyers say they can barely work in some courtrooms where heating systems have failed during the cold snap.

Different reports have come in today of judges allowing advocates and court staff to take emergency measures as they battle the conditions to keep hearings on track.

This comes just weeks after the lord chief justice, Lord Burnett of Maldon, said that ‘hundreds of millions’ needed to be spent on the court estate to deal with a catalogue of maintenance issues.

According to one report from Bournemouth Crown Court this morning, the heating was broken and court staff wore coats and scarves indoors. The Criminal Bar Association said it had been told you could ‘see your breath’ in one of the court buildings.

A similar scenario has been reported today from the Thomas More building at the Royal Courts of Justice, with advocates and witnesses allowed by the judge to wear coats and scarves. 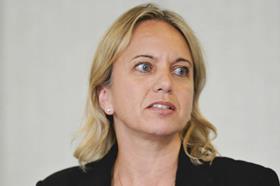 Last week, three juries were sent home because of plummeting temperatures at Inner London Crown Court. Barrister Michael Cogan, who had been inside the court, tweeted it was ‘like working in a freezer’.

He added: ‘Heaters have apparently been ordered, but not delivered. They have no idea whether anyone will come to deal with the problem this week. Meanwhile, hard-working staff have to work in appalling conditions.’

The Gazette has been told that one judge at Bolton Crown Court refused to sit today as the temperature indoors was nine degrees.

Problems have also been reported at Maidstone Crown Court and Sheffield Crown Court, where a hearing was delayed while portable heaters were brought in.

In his appearance before the House of Commons justice committee earlier this month, Lord Burnett said hearing days are being lost every winter because heating systems have broken down.

‘There is a limit to how much you can expect people to sit in court in coats, bobble hats and gloves,’ he said. ‘There is a direct effect on the capacity of the system to conduct business. That is only part of it. The much more fundamental point is that it is simply not reasonable to expect the public, our staff, our judges or the professionals - all those who come to court - to endure conditions that are simply intolerable.’

An HMCTS spokesperson said: ‘We are aware a small number of courts have heating issues and are providing urgent support to resolve these.

‘As part of wider work, we are also investing £150 million to fund building repairs and improvements in our courts.’