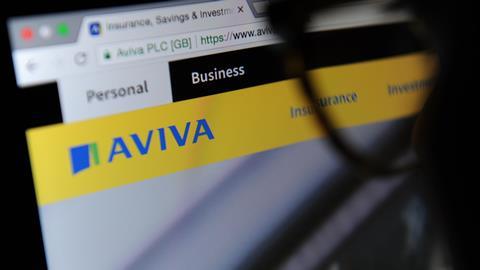 Whiplash doctor loses claim that insurers tried to ruin her

A doctor specialising in whiplash injuries has failed in multiple claims against an insurer who bad-mouthed her to solicitors. Dr Fatima Jabbar claimed that Aviva was trying to dissuade solicitors from obtaining reports from her and ultimately wanted to cause her financial loss.

The insurer had made a particular comment in a response to a personal injury claim suggesting that the GMC had placed limits on Jabbar’s ability to prepare medico-legal reports, having earlier sent letters to various firms expressing concerns.

In Jabbar & Anor v Aviva Insurance UK Ltd & Anor, Deputy Master Toogood QC said the insurer had absolute privilege to comment on Jabbar because communications were made within the pre-action protocol. ‘It is necessary to permit a free and frank exchange of information to allow the claims to be negotiated and settlement achieved if possible,’ she added.

The decision was made more than a year ago but the ruling was published only this week after a dispute as to whether it should be handed down.

The court heard that Jabbar started providing medico-legal reports as an expert witness in 2008, two years after qualifying as a doctor, and was registered with MedCo to provide whiplash reports through its system.

Before MedCo, she wrote around 300 reports a month for between £350 and £550 a time, billing some £1.6m a year. After the introduction of MedCo in 2015, she produced 290-300 reports a month each for £180 plus VAT, paying a third of her income to an agency. Jabbar conducted around 50 clinics a year, producing 50-60 reports from each clinic. The deputy master admitted she ‘struggled to understand’ how it was possible to undertake an examination and all the other necessary patient checks so many times a day.

In 2015 and 2016, Aviva sent a total of seven letters or emails to solicitor firms expressing concerns about Jabbar or – in two examples – stating they would not make any offers where she was the expert.

Then in 2018, in response to an RTA claim filed by Knightsbridge Solicitors, the insurer responded with a list of questions about the medical evidence, including the allegedly defamatory statement asking whether it was true the GMC had restricted Jabbar from examining or having contact with patients.

The GMC had never imposed any requirements on Jabbar or conducted any investigations into her practice. She had been the subject of investigations by both MedCo and the Insurance Fraud Bureau, but no further action was taken.

Jabbar said Aviva’s ‘very purpose’ was to cause her financial loss and that the insurer made statements to solicitors that were defamatory and malicious.

The deputy master ruled that Aviva was entitled to summary judgment on the defamation claim because it was covered by absolute privilege and there was no reason for a trial. There was also no prospect of establishing malice. She also struck out claims for conspiracy to injure, unlawful means conspiracy and tortious interference with contract.