White solicitors are earning a third more than their Black, Asian and Minority Ethnic (BAME) colleagues who are working longer hours to prove themselves, according to a shocking report published by the Law Society today.

The Society commissioned research at the start of the year to assess the progress that has been made towards a more inclusive legal profession. Society president David Greene said the findings show that BAME solicitors face barriers ‘at every step of their career’. 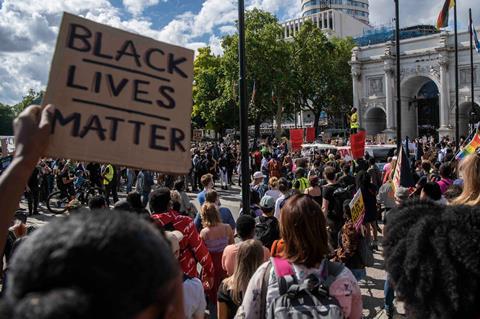 A third of Black African and Caribbean solicitors said they experienced some form of discrimination or bullying at work - the highest reported experience of any ethnic group.

The Society conducted 17 roundtable discussions and several observations feature in the report.

A black female solicitor said: ‘When somebody says “you speak English so well”, and you want to explain to them why that is racist, they are more upset about being called racist than they are about the actual racism itself. So, you just think, “what’s the point? I just don’t have the energy for this, I have still got eight hours of work to do”.’

Commenting on a ‘glass ceiling’, an Asian male solicitor recalled losing out on promotion to a white woman who had two years’ post-qualification experience. He had been at the firm for eight years. ‘They were very good at making you grateful for having a job in the first place and secondly, they were very good at squeezing the extra ounce out of you, and dangling the carrot of promotion,’ he said.

The report concludes with recommended actions for firms on entry to the profession; retention, development and progression; inclusion; and data and evaluation.

Greene said the death of George Floyd in the US and the Black Lives Matter protests shone a light on the racial inequalities and injustices that persist around the world. 'Our research shows that there are barriers for BAME practitioners at every step of their career - including the ethnicity pay gap, microaggressions and the need to fit a certain culture to progress,' he said.

'We hope our research and recommendations will give firms and legal businesses important food for thought and a much-needed blueprint for driving equality and inclusion up to the most senior levels.'