A woman who alleged she was abused as a teenager by a now deceased solicitor has been awarded £16,500 damages, a law firm has revealed. 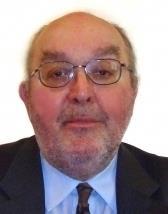 The woman, 50, alleged she was sexually abused more than 35 years ago by former Shropshire solicitor Martin Rogerson, prompting police charges against him. He died in 2015 before the case was heard. His father, former GP Gerard Rogerson, had also been subject to accusations of historic sexual abuse,

The Criminal Injuries Compensation Authority has paid out settlements to a number of former patients of the doctor, and the organisation has now approved damages for the woman alleging abuse by the solicitor.

She alleged she was abused by Martin Rogerson at his home as well as at his parents’ house. The abuse, she said, started as inappropriate touching and advanced to sex over a period lasting five years.

The woman said she did not speak to anyone about the case until in her 40s but was prompted to come forward after seeing other high-profile cases in the news.

Through a statement issued by her legal representatives at national firm Hudgell Solicitors, she said: ‘It was after speaking to counsellors that I went to the police and he was questioned and charged. Sadly, the first thing his solicitor assumed was that I wanted money. I didn’t need or want the money, I just wanted to make the flashbacks and vile memories from my childhood go away.’

The woman says she was then advised to apply for compensation through the CICA, which awarded damages based on the acceptance ‘on the balance of probabilities’ that she had been the victim of sexual assault as a child, over a period of up to three years.

Victoria Neale, who has represented people in damages claims relating to Dr Gerard Rogerson, said the CICA scheme provided ‘completely justified compensation’ for those who suffered abuse, particularly where there has been no criminal conviction.

Neale added: ‘It is only right that there is a system in place to ensure people can secure damages, and we are in touch with numerous charities to offer counselling support if they haven’t already.’