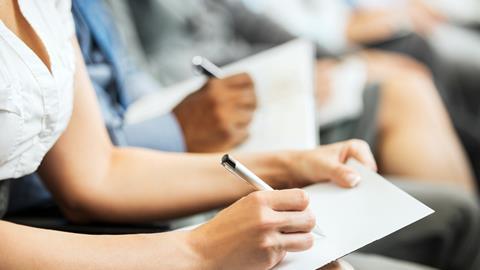 No room on the press bench

As a fair-weather court reporter, I was a big fan of lockdown hearings. With courtrooms largely off limits, so too were the punishing wooden benches, the epic queues for security and the stress of navigating the Royal Courts of Justice’s labyrinthine corridors. Although there were initial concerns that video hearings would reduce transparency, I was ultimately able to cover more hearings than ever – all from the comfort of my cushioned swivel chair.

As we step out of lockdown, however, open justice is suffering from some Covid side-effects.

Around 20 journalists gathered in the Royal Courts of Justice for a hearing last week, only to be told that – ‘because social distancing’ – fewer than a handful could enter. No members of the public would be allowed to attend.

This wouldn’t have been a great look for the English court system at the best of times. As it happened, however, the case we were trying to watch involved controversial libel claims brought by Russian oligarchs against publishing house HarperCollins over the book Putin's People: a case characterised by opponents as an attack on free speech and public interest journalism.

The situation could have been resolved by giving reporters and observers the Cloud Video Platform link, which was being used by the parties themselves. In recent months, however, judges have become increasingly relecutant to hand out dial-in details, and the request – submitted in court by the Press Association – was rejected with no explanation.

Other reporters have reported similar issues, with one denied entry to a video hearing about the Stonehenge tunnel on the grounds that too many people were already attending.

Social distancing, it seems, must also be respected in cyberspace.

This awkward transition stage, in which courtroom space is still restricted but online proceedings are often off-limits, needs to be addressed. The persisting prevalence of Covid-19 means it isn’t a problem that will change overnight and the court service must adapt accordingly, either by providing overspill press rooms in popular cases or handing out dial-in details when asked.

Access to hearings is not the only issue, however. There was peculiar development last month in a case about alleged hacking in the Middle East, where those dialling into the virtual hearing were asked to provide their full name. Anyone who didn’t was asked to leave. This looks like a significant departure from established practice and a potential threat to open justice. So long as they obey the rules, no one should have to identify themself or provide a reason for sitting in the public gallery.

As the world opens up, let’s be careful that justice doesn’t go the other way.