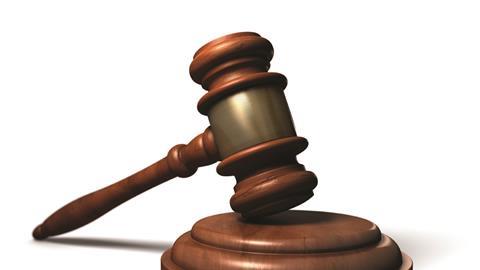 It pains us to report another entry to the ever-growing list of inappropriate references to gavels when discussing English law.

As some readers may be aware, supporters of right-wing campaigner Stephen Yaxley-Lennon (aka Tommy Robinson) gathered at the Old Bailey to attend his contempt of court hearing last week. What you may not have been aware of – unless you were within earshot of the court – was that attendees were handed a hymn sheet of pro-Robinson songs.

To the tune of Leonard Cohen’s Hallelujah, supporters sang: ‘I heard there was a secret court, where journalists weren’t allowed to report.’ The chorus, instead of ‘Hallelujah’ was ‘How they rule ya.’

Obiter was impressed with the creative inspiration until we reached the line, ‘It goes like this, without the fifth, the gavel falls and they cuff your wrists.’ Oh dear.

If any Yaxley-Lennon supporters are reading this, we can guarantee that even if your dear leader does find himself back in the dock, no gavel will be involved.