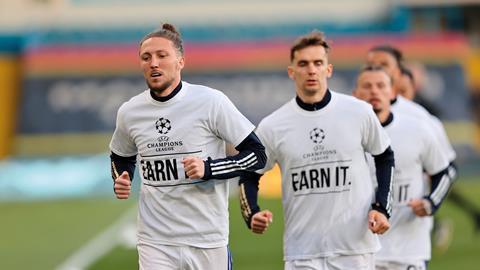 A league of their own

By the time you read this, more time will have passed since the European Super League ended than the concept actually existed for.

The six English rebel football clubs seeking to form their own competition announced their intentions on a Sunday night and had caved by the following Tuesday evening.

It was a climbdown almost universally welcomed across the football community – but probably less celebrated by the legal profession.

Those glorious 44 hours or so spawned threats of litigation from all sides, with contracts coming under scrutiny and the chance for specialists to get themselves onto Sky Sports News to explain what on earth was going on. So many legal experts were involved that Obiter half expected Jeff Stelling to be joined on the Soccer Saturday show by a panel of lawyers giving the latest developments from Stamford Bridge and Anfield.

Even on the day of the project’s collapse, the European Super League’s lawyers (presumably in it for a good time rather than a long time) were filing injunctions against FIFA and UEFA, the sport’s governing bodies, to try to stop them banning players from future tournaments.

One wonders what legal advice Real Madrid president Florentino Perez was receiving when he said on Tuesday morning that the contract to join the Super League was binding and nobody could leave. Predictably, the English contingent had left within about 12 hours of Perez laying down the law.

Alas, for the lawyers at least, the whole thing ended with grovelling apologies rather than lucrative legal battles. The champagne is on ice, at least, until the whole idea gets resurrected again in a couple of years’ time.