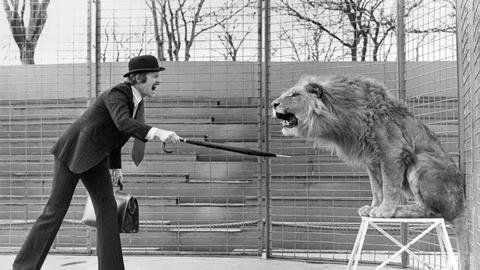 When obituaries are written, it is not uncommon for the deceased to be described as a one-off. In John Benham’s case, that label was completely deserved.

The former Colchester solicitor, who has died aged 71, led the most remarkable life, combining practice in the law with a career as a lion tamer with the most famous circuses in the country.

The Colchester Gazette last week recounted how Benham (pictured above) had qualified as a solicitor after studying at the College of Law in Guildford, initially working with his family’s firm. But the lure of the circus was too strong and he joined the Chipperfield’s group in 1975, first as a drummer and then presenting African lions. Benham, who trained two lions himself, would perform in two shows a day and became a local celebrity, famed as the suited solicitor who turned into a showman.

His time in the circus came to an end when he settled down with a family and resumed a full-time career in the law, staying in practice until retirement in 2013. His friend Liz Castagnoli told the Colchester Gazette: ‘When it came to lion training he was fearless, he loved the excitement and the edge of danger to it. He enjoyed breaking the rules of convention.’

Of course under Michael Gove’s Wild Animals in Circuses Act 2019, lion acts are now a thing of the past. But there must be some other circus stars among Gazette readers: do drop us a line on obiter@lawsociety.org.uk.