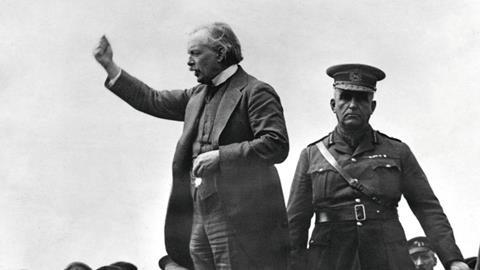 In a week like this, political forecasting is a mug’s game, but Theresa May’s resignation announcement has opened the possibility that the next UK prime minister will be a solicitor. Bookmaker Betfred is offering odds of five to one on Dominic Raab MP, placing him second favourite (behind one Boris Johnson MP). Raab’s CV includes a two-year training contract at magic circle Linklaters and he was admitted in 2000. He is still on the roll as a non-practising solicitor.

Obiter must warn that any bet at this stage would be highly speculative: outside the Westminster bubble Raab is hardly box-office material. And there's plenty of room for upsets in the contest, which formally gets under way on 10 June. But our barrister colleagues have surely had more than their fair share of legally qualified PMs. The last - and only - solicitor in the job was David Lloyd George. He of course left office after a humiliating political split that left the Liberal Party out of power for nearly a century. So no danger of history repeating itself, then.