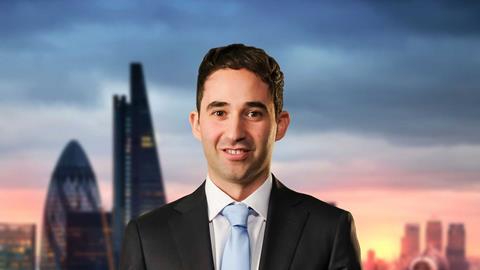 Barrister outside the box

Contestants on BBC1's The Apprentice are not known for their modesty. At best the hopefuls – who compete for an investment from the imitable Lord Sugar – make exaggerated claims. At worst they outright lie.

‘Everything I touch, turns to sold’ and ‘I think outside the box – if I was an apple there would be oranges inside’ are two painful examples from series past.

Elliot Van Emden, one of this year’s cohort, probably thought he was on safe ground when he described himself on Wednesday’s opening show as a ‘qualified barrister’ who ‘owned a legal firm’.

But the claim did not go unnoticed.

The legal Twitterati jumped on it. @nearlylegal noted that ‘naughty’ Mr Van Emden, despite his claim, did not appear on the barristers’ register.

Obiter, intrigued whether the contestant could get away with using the protected term nevertheless, sought clarification from the Bar Standards Board.

The regulator told us that Van Emden was called to the bar in 2011 but has not held a practising certificate as a barrister since then. ‘Unregistered barristers are entitled to refer to themselves as barristers, but our rules prevent them from using that title in connection with offering or providing legal services,’ the spokesperson added.

It seems that this time, as he was only selling himself to other fresh-faced Lord Sugar disciples, Mr Van Emden was on the right side of the law.

Had he been offering legal advice to the satellite dish supremo it would have been a different story.