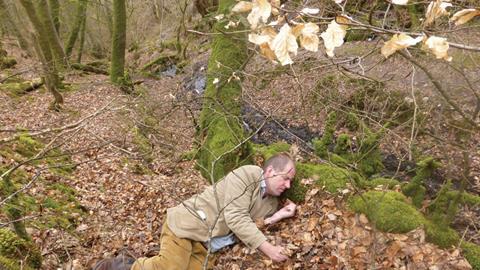 It is not uncommon for barristers to pursue elevated interests alongside their work at the bar: politics or university lecturing, for example. But one barrister went off the beaten track when he joined a new sett: from barrister to badger.

Charles Foster, a medical law barrister at Serjeants’ Inn Chambers in London, decided to swap the courtroom for the wilderness to live as an animal for his new book Being a Beast.

As a badger he went to the Black Mountains of Wales, living off a diet of worms and sleeping in a dirt hole, while as a fox he lived in east London, foraging in bins and sleeping in people’s back gardens.

There was a serious point to this seemingly eccentric venture. Foster was seeking to better understand animal and human lives, in what he described as a ‘neuroscientific and literary challenge’.

But anyone wanting to follow his lead might want to be more creative with their diet. Lamenting in an interview with the New Statesman how has he become the ‘man who eats worms’, Foster said: ‘It’s not really a very interesting subject. It doesn’t tell you anything about how badgers experience the world.’