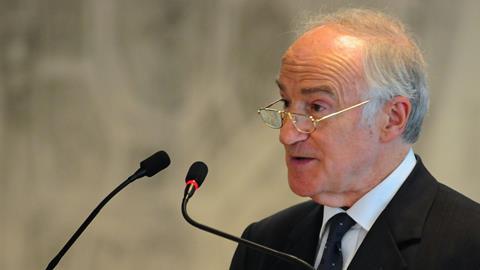 One of the stars of last week’s Artificial Intelligence in Legal Services Summit was retired Commercial Court supremo Sir William Blair, now professor of financial law and ethics at Queen Mary University of London. In a panel discussion on the Law Society’s report on algorithms in the justice system, he oozed informed scepticism on suggestions that human judges would be supplanted by AI.

Sir William is no technophobe – he enthused about the advantages of computer adjudication in repetitive small-value claims. (Apart from anything else, the availability of a neutral forum focuses litigants’ minds and makes them more likely to settle than to grandstand their case.) But he is thoroughly realistic about some of the more extravagant claims being made about our supposed robotic overlords.

For example, he noted that the much-hyped robot which greets visitors at the China International Commercial Court in Shenzhen is little more than an expensive way of directing you to the correct floor. And as for intelligent computers taking over the judgment of complex contested cases: ‘That’s still in the Isaac Asimov bucket, and may well remain there.’