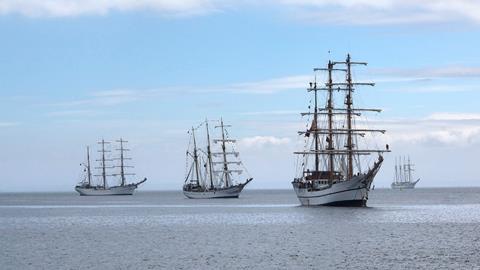 Not content with being secretary of state for justice and lord chancellor, Robert Buckland has apparently decided to embark on additional careers as a plumber and the admiral of a fleet.

A major policy speech on the criminal justice system yesterday was spinkled with nautical references. It began when he claimed the Ministry of Justice is often described as being like ‘turning a tanker at sea’. But he doesn’t think that comparison is right. ‘Making change in the criminal justice system, is more like trying to turn a whole fleet of ships together at the same time. Our aim is to get each of them into formation, moving in harmony, towards that more just Britain of tomorrow.’

He continued: ‘As we begin to move this fleet into formation, the wind in our sails - the driving force behind everything we do in our system - must be victims of crime.’

Victims would be Buckland’s ‘first port of call, the driving force, and the wind in our sails’.

A lengthy part of his speech was dedicated to prisons, ‘without doubt the largest ship in the criminal justice fleet’.

Drawing his speech to an end, the justice secretary couldn’t resist a few more boating references.

‘The criminal justice fleet in our country exists to protect the British public from harm. For it to do that as effectively as possible, we need to get each ship into formation towards a single destination. And that place, that destination is a safer, stronger Britain – where there is less crime and fewer victims. We are already making progress, getting into position and making sure we’ve got the wind in our sails.’

Justifying his judicial review reforms in the Sunday Telegraph, ahead of the Judicial Review and Courts Bill being presented to parliament today, Buckland described himself as a ‘constitutional plumber’ conducting routine maintenance, not a revolution – a theme he may not be done with just yet.

‘If you want to be a constitutional plumber then please reform the Human Rights Act,’ a law student tweeted this week. ‘Watch this space,’ Buckland replied.