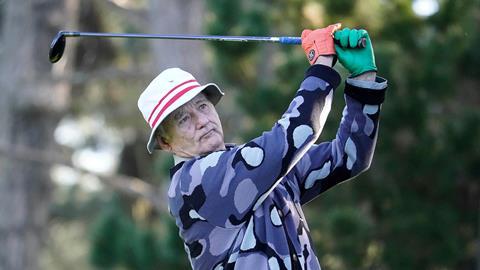 As cease-and-desist letters go, one sent by US firm King, Holmes, Paterno & Soriano to actor Bill Murray on behalf of its client, rock band Doobie Brothers, could become a classic.

In the letter, shared widely on Twitter, lawyer Peter T Paterno informs Murray that the band perform and recorded the song Listen to the Music. ‘It’s a fine song. I know you agree because you keep using it in ads for your Zero Hucks Given golf T-shirts. However, given that you haven’t paid to use it, maybe you should change the company name to “Zero Bucks Given”.’

Paterno says it seems like the only person who uses the firm’s clients’ music without permission more than Murray is US president Donald Trump.

‘This is the part where I’m supposed to cite the United States Copyright Act, excoriate you for not complying with some subparagraph that I’m too lazy to look up and threaten you with eternal damnation for doing so. But you already earned that with those Garfield movies. And you already know you can’t use music in ads without paying for it.’ Obiter was unsure whether the use of the phrase 'eternal damnation' was a veiled reference to a Murray classic, Groundhog Day.

Paterno says the firm might have been OK ‘if the shirts weren’t so damn ugly’. He ends the letter with the quote, 'Au revoir Golfer. Et payez!' (apparently a line in another Bill Murray film, Caddyshack). We await Murray's response with interest.